The body of a second Palestinian teenager killed by Israeli forces during recent clashes in the occupied West Bank has been found.

According to Palestinian medical and security sources, the body of 17-year-old Naji Balbisi was found during the early hours of Thursday.

Balbisi was identified as the cousin of another 17-year-old killed by Israelis in the same clashes a day earlier.

On Wednesday, Amer Nassar was shot dead by Israeli forces during clashes that erupted near the city of Tulkarem.

The clashes came as Palestinians in the occupied territories protested against the death of Maisarah Abu Hamdiah, a cancer-stricken inmate, who lost his life in an Israeli jail on April 2 due to the lack of medical care.

A spokesman for the Israel Prison Service said that some 4,600 prisoners had refused their breakfast on Wednesday in protest against the death of Hamdiah.

Abbas also said that freeing Palestinian prisoners from Israeli jails was a â€œpriorityâ€ for the Palestinian Authority. 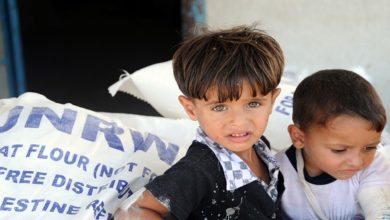 Over one million Palestinians in Gaza not having enough food

Palestinian President Abbas says Arafat was killed, knows who did it