Over a hundred terrorists of banned sectarian organizations of Sipah-e-Sahaba (Yazeed) and Lashkar-e-Jhangvi (LeJ), who were arrested by the former PML-N government as a part of crackdown against these outfits after deadly bombing in Quetta that killed over 180 members of Hazara Shia community in first two months of this year, have been released.

According to reliable sources the Punjab government has released 112 activists of banned Lashkar-e-Jhangvi (LeJ) and Sipah-e-Sahaba Pakistan (SSP) during past few weeks. These activists had been arrested by former Chief Minister Shahbaz Sharif led government from across the province after the deadly incidents in Quetta, targeting minority Hazara community.

The operation had been launched after strong calls for crackdown against Punjab based militants from federal government and civil society. The incumbent Chief Minister Najam Sethi was also a very strong proponent of the crackdown.

The former Punjab government had arrested 152 religious activists linked with the banned outfits under section three of the Maintenance of Public Order (MPO) after joint raids by intelligence agencies in different districts of the province including Bahawalpur, Chiniot, Multan, Rahimyar Khan, Rajanpur, Bahawalnagar and DG Khan.

However, according to sources, out of 152 suspects, only 40 still remain under detention. Sources said 56 detainees were freed by the current government on the orders of courts while 43 had been released by home department after internal hearings.

District Coordination Officers (DCOs) released 2 suspects while 11 had been released on the expiry of their confinement date.While contacted a spokesman of the Punjab government confirmed the release of detainees adding that there was no ill intentions involved in the release of these suspects.

â€œUnder MPO, maximum period of detention is 90 days so we could not keep them detained legally after the expiry of this period,â€ Amjad Hussain, spokesman of the Punjab government said.He said some of the detainees had been released on the orders of courts while rest completed their detention period. 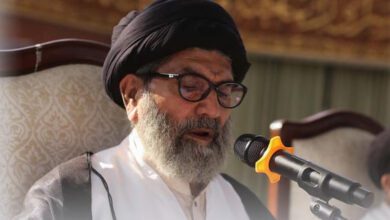