Titled “Palestine, You are Not Alone”, the news bulletin started at ten minutes past eight o’clock.

Every channel ran the same eight reports, each produced and presented by a different studio, tackling the Israeli offensive and the steadfastness of Gaza, its people and its resistance.

Newscasters of Al-Manar and Future channels presented a unified editorial wrote by the Editor-in-chief of the Lebanese daily, As-Safir, Talal Salman, who proposed this initiative.

“It is the Arab people’s fate to free the occupied land,” the editorial stated.
“The enemy is the same … and the stances towards the Palestinians are the same.” 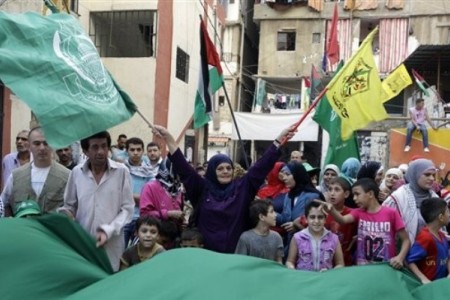 Raad: National Unity Govâ€™t A Must