Israeli warplanes have launched airstrikes on targets near the border between Lebanon and Syria, reports say.
There were contradictory reports on the targets of Monday’s attacks, with sources in Lebanon saying the airstrikes hit inside Syrian territory .
Israeli sources, however, claimed that the warplanes bombed a target in Lebanon.
Israel violates Lebanon’s airspace on an almost daily basis, claiming the flights serve surveillance purposes.
The Lebanese government has filed several complaints to the United Nations over the violation of the country’s airspace by the Israeli military aircraft.
Israel has carried out strikes on Syria several times since the beginning of 2013. Damascus says the attacks were aimed at helping the foreign-backed militants fighting against the government of President Bashar al-Assad.
On January 30, the Syrian army said two people were killed and five others injured in an Israeli airstrike on a research center in Jamraya, near Damascus.
Syria has been gripped by deadly violence since 2011. Over 130,000 people have reportedly been killed and millions displaced due to the unrest.
According to reports, the Western powers and their regional allies — namely Qatar, Saudi Arabia and Turkey — are supporting the militants operating inside Syria. 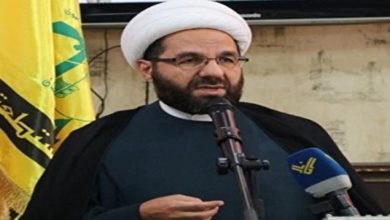 Hezbollah Will Cut Off Hands Which Attempt to Steal Lebanon’s Oil: Sheikh Daamoush 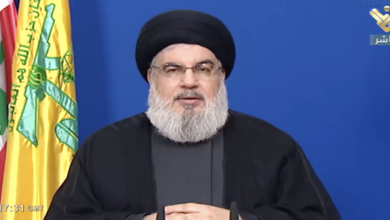 Nasrallah: Australia’s blacklisting of Hezbollah will not affect group’s resolve to resist