The Hezbollah Secretary General says Turkey, Qatar, and Saudi Arabia are responsible for fueling violence in Syria and the increase in casualties.

Seyyed Hassan Nasrallah made the remarks in a televised speech in the southern Lebanese town of Baalbek on the occasion of Arbaeen, which marks the 40th day after the martyrdom anniversary of Imam Hussein (PBUH).

He said Turkey, Qatar, and Saudi Arabia are arming and funding militants fighting the Damascus government.

Nasrollah said the crisis in Syria has a political solution and cautioned that the continuation of the Syrian conflict would have dire consequences.

â€œIf Syriaâ€™s battle continues, it will be long, bloody and destructive,â€ the Hezbollah secretary general pointed out.

Nasrallah said Lebanon in the most affected country in the Middle East by the Syrian crisis, calling on Lebanese political factions to refrain from any moves which would throw the country into turmoil.

He went on to say that the influx of Syrian refugees in Lebanon indicates a major humanitarian crisis, which must not be politicized.

The Hezbollah secretary general stressed that division is the most dangerous threat the Muslim nations face, saying Takfiri extremists are the product of the US seeking to sow discord among Muslims.

He said Takfiris are behind countless massacres and bombings in Muslim countries and particularly Syria.

Nasrallah called on the incumbent Lebanese government to devise a strategy to safeguard the countryâ€™s oil and gas resources and said the Hezbollah Resistance Movement is ready to undertake the task of protecting such resources.

He concluded that despite US and Israeli efforts to â€œisolate, blacklist and demonize Hezbollah such efforts against the resistance movement will get nowhere.â€

Sayyed Nasrallah: Hezbollah Will be Present in Battlefield more than Ever 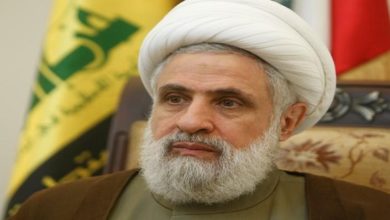 Hezbollah: Israeli Project in WB Judaization, Only Resistance Can Deter It