The office of the Loyalty to the Resistance bloc MP Nawaf Moussawi issued Thursday a statement in which he rejected all lies by a Syrian person regarding the assassination of one of the Lebanese figures:
The accusations made by someone via a media outlet are mere fabrications, lies and false accusations that have nothing to do with the truth.

Were it not for the requirements of response, this nonsense was too stupid and ridiculous to comment on. Such allegations reveal the level of madness and absurd of these people, whom the incidents threw at the media sides.
Any way, the tongue’s lapses form an evidence to the fall of delusions suffering dissipation. 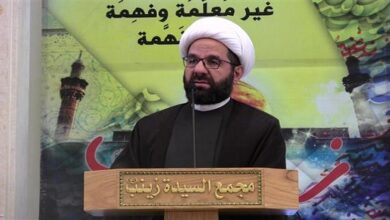