Hezbollah has sharply rejected US allegations about the Lebanese movement’s missiles, vowing to continue armed resistance against Israeli aggression. Hezbollah MP Hassan Fadlallah in an article published on Wednesday scoffed at recent comments by US Defense Minister Robert Gates that Hezbollah’s arms exceeded those held by many states in the world, saying Hezbollah’s arms did not compare to the “armament” and “crimes” of the United States and its ally Israel. The Lebanese official recalled “the level of armament of the United States, which it used in its crimes against peoples around the world, from Hiroshima to the more than 100,000 killed in Iraq and the tens of thousands killed in Palestine, Lebanon and Afghanistan,” the Arabic-language newspaper As-Safir quoted him on Wednesday. “There is a difference between arms which only serve invasions, occupations and aggressions, such as those of the United States and its ally Israel … and the arms of a resistance which defends, protects, and liberates,” he said. “Our choice was and remains to secure all the arms of resistance that we can,” he added. In a joint news conference with Israeli Defense Minster Ehud Barak in Washington, Gates on Tuesday accused Syria and Iran of arming Hezbollah with increasingly sophisticated rockets and missiles. Gates’ claims came amid tensions in the Middle East intensified by Israel’s earlier accusations against Syria of providing Scud ballistic missiles for Hezbollah. Israel views Hezbollah a major enemy, especially after the summer conflict of 2006 where the resistance forces repelled a 33-day Israeli offensive on southern Lebanon. 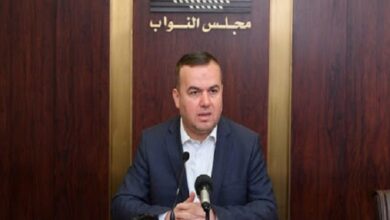