Hezbollah Deputy Secretary General Sheikh Naim Qassem said that â€œthe Resistance will not be affected by statements of critics because it represents a majority of the Lebanese,â€ according to a statement issued by Hezbollah on Friday. According to Â Shiite News Correspondent,Numerous Lebanese political figures criticized

Â Hezbollah Secretary General Sayyed Hassan Nasrallahâ€™s speech on Tuesday during leader martyrsâ€™ commemoration. Sheikh Qassem praised the role of the Resistance, saying it achieved many victories and achievements. Sheikh Qassem vowed to those who want to know the future of Hezbollahâ€™s resistance “to make it stronger and stronger until Israel fails to just think of attacking Lebanon.” The Resistance will strengthen until the Israeli enemy no longer contemplates attacking Lebanon, he added. According to Sheikh Qassem, a balanced national defense strategy requires calm dialogue sessions instead of critical statements to the media. “If some want to discuss the defensive strategy through media outlets, we tell them that we will hear their screaming without answering them.” “A reasonable defensive strategy requires calm sessions rather than ‘acrobatic’ media statements,” he added. He warned that European passport holders could pose a danger to Lebanon, referring to the 11 Israeli agentsâ€”six of them holding British passports, three Irish, one French, and one Germanâ€”believed by the Dubai police to have assassinated top Hamas official Mahmoud al-Mabhouh. Special measures to protect the Lebanese people should be taken as long as Israelis could sneak in Lebanon by using European passports, his eminence said. 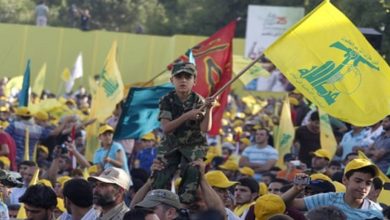