Hezbollah’s deputy secretary general for political affairs says the Lebanese movement would consider any attack on Iran or Syria as aggression against themselves. “Hezbollah considers any attack on any faction of the resistance movements, or on the two supporting nations of Iran or Syria, as an attack on all of them,” Hassan Khalil told Kuwait’s Al-Dar. “We will respond to any Israeli aggression on Lebanon,” he added. Earlier this month, Syrian President Bashar al-Assad said that Damascus would stand by Beirut, should Israel launch another war on Lebanon. “Syria will stand alongside the government and people of Lebanon against any possible Israeli aggression launched on Lebanon,” Assad said in a meeting with visiting Lebanese Parliament Speaker Nabih Berri in Damascus. Israeli Defense Minister Ehud Barak had recently said that Syria should clinch a peace deal with Israel or find itself in a “full-fledged war” with Tel Aviv. A few days later hawkish Foreign Minister Avigdor Lieberman threatened Assad with a war in which “his family will lose power” on top of a military defeat for the country. Safiyeddine: Keeping “Israelis” Worried, Anxious, and Terrified is One of our Aims Head of Hezbullah’s Executive council Syed Hashem Safiyeddine pointed out that the resistance is one of Lebanon’s most important points of strength and should not be squandered. Syed Safiyeddine stressed in a ceremony held in Jibshiit on the anniversary of the martyrdom of Hizbullah’s leaders that Lebanon’s political identity in its relationship with “Israel” has forever been determined. HeÂ lauded all stances consolidating with the resistance against “Israel” and its threats, stressing that it is one of Hezbullah’s aims “to keep the “Israelis” terrified, anxious, and worried about their situation, because the moment they feel secure, they will not leave the resistance and its people alone; they will do everything possible to target our country. “As a resistance and a people, today we hold Lebanon’s points of strength. The patriotic Lebanese who cares for his country, nation, and future should also care for all points of strength in this country. The resistance is one of these points of strength which Lebanon holds, and no one is allowed to squander it,” he concluded.

100 Hezbollah accounts closed under US pressure 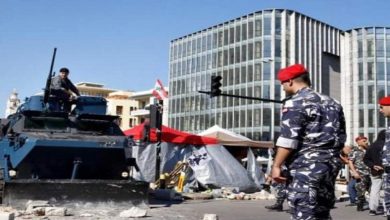