Deputy Secretary General of the Lebanese Hezbollah Resistance Movement Sheikh Naeem Qassem described the attainment of the nuclear understanding by Iran and the six world powers in Lausanne on Thursday as a major victory for the axis of resistance in the region.

“The Lausanne nuclear understanding is the triumph of right, stability and will of free nations as well as the axis of resistance under the leadership of the Islamic Iran,” the Arabic-language Al-Manar TV’s website quoted Sheikh Qassem as saying on Saturday.

Earlier today, Iranian President Hassan Rouhani underlined that the common understanding achieved by Tehran and the Group 5+1 (the US, Russia, China, France and Britain plus Germany) showed that the western countries have come to realize inefficiency of their sanctions and pressures against Iran.

“Attainment of this agreement proves that the big powers have come to the conclusion that continuing the sanctions is not possible and insisting on this weapon will not bear any result for them,” President Rouhani said in a meeting with his cabinet ministers, deputy ministers and senior officials of different governmental bodies on Saturday.

He said world-class negotiations as very complicated and difficult, and “the success of our country’s negotiating team against the representatives of the six world powers shows the high level of their skills… .”

Praising the Iranian diplomats’ performance in the talks, President Rouhani said that the Lausanne statement reiterates Iran’s right of domestic nuclear enrichment on its soil, “the Arak Heavy Water Reactor will continue its operation with the help of the most modern technologies and Fordo (uranium enrichment plant) … will remain operational forever”.

Iran’s representatives sat to the negotiating table with the representatives of the world powers and powerfully defended the country’s interests, and this is another great achievement of these talks, he added.

On Friday, President Rouhani underlined that all the UN and economic, financial and banking sanctions against Iran will be annulled the moment a final nuclear deal between Iran and the six world powers goes into effect.

In a public address on the state-run TV, President Rouhani reminded his election campaign slogan that he would keep Iran’s nuclear industry running and remove the sanctions against the country, and said the Iranian nation is now closer to this goal more than ever.

He said his administration had a four-step plan, which included the attainment of an interim deal, “and after months of efforts, specially during the last few days, the second objective was also materialized last night”.

“In this second step, we have both maintenance of nuclear rights and removal of sanctions alongside constructive interaction with the world,” the president continued.

He further described attainment of a final deal as a third step before the July 1 deadline to be followed by a fourth step which would be its implementation.

“The G5+1 has accepted in the framework understanding attained on Thursday night that Iran will have domestic enrichment on its soil; and this means that those who stated that Iran’s enrichment is a threat to the region and the world have admitted today that enrichment in Iran is no threat to anyone,” said President Rouhani.

“I, hereby, declare in a straightforward manner now that enrichment and all nuclear-related technologies are only aimed at Iran’s development and will not be used against any other countries and the world has acknowledged very well today that Iran is seeking peaceful purposes,” he added.

He said Arak Heavy Water Reactor will continue its operation with the help of the most modern technologies and “Fordo (uranium enrichment plant) will remain operational forever with 1,000 centrifuges installed in there and nuclear and physics-related activities and technologies will run there”.

“On the basis of this framework, all sanctions in financial, economic and banking sectors as well as all (UN Security Council) sanctions resolutions against Iran will be canceled on the very first day of the implementation of the deal, and new cooperation in both nuclear and other sectors will start with the world on the same day,” the Iranian President reiterated.

Rouhahi said his administration proved that sanctions, threats and pressures have failed to produce results, reiterating that Iran has always offered the West to resolve problems through talks.

Rejecting the western statements that Tehran joined the nuclear negotiations only under tough sanctions, President Rouhani underscored that Iran would never surrender to the powers and their bullying, but it would respect anyone who would treat it with honor and respect.

The Iranian president further reiterated that his nation is ready for cooperation with the world countries based on mutual respect and shared interests.

Iran and Group 5+1 (the five permanent UN Security Council members plus Germany) started their new round of talks in Lausanne, Switzerland, last week to narrow their differences over Tehran’s nuclear energy program ahead of a July 1 deadline.

After nine days of hard work, the seven nations reached an understanding which laid the ground for them to start drafting the final nuclear deal. 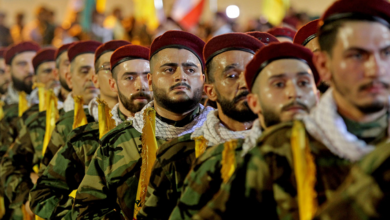