Lebanon’s resistance movement, Hezbollah, has reportedly arrested a high-ranking official within its ranks on suspicion of having links with the Israeli spy agency, Mossad.

On Thursday, AFP cited an unnamed source close to investigations into the case as saying that three months ago the Lebanese group detained a “Mossad agent” in its ranks, identified as Mohammad Shawraba, adding that he had been in contact with the Israeli spy service since 2007.

According to the source, the detainee held an important position in Hezbollah’s 910 Unit, which is in charge of the resistance group’s “external operations.”

The investigations revealed that Shawraba was originally from Lebanon’s southern city of Mahrouna, but lived in the capital, Beirut. He was recruited by Israel during his numerous trips abroad.

The source further said Shawraba had thwarted about five of Hezbollah’s anti-Israel operations that were planned in retaliation for the 2008 assassination of its top commander, Imad Mughniyeh, in Syria.

Hezbollah has not made any comments on the report so far.

Tel Aviv launched wars on Lebanon in 2000 and 2006. About 1,200 Lebanese, most of them civilians, were killed in the 33-Day War of 2006. On both occasions, however, Hezbollah fighters defeated the Israeli military and Tel Aviv was forced to retreat without achieving any of its objectives.

The Tel Aviv regime launched an intelligence war against Hezbollah following its defeat in the two wars on Lebanon. 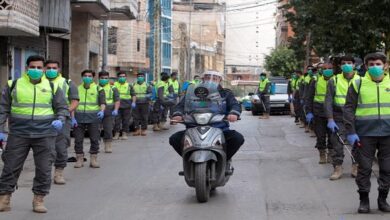 Hezbollah Raises Medical Readiness in Face of Coronavirus in Bekaa