The US State Department’s top diplomat for the Middle East voiced his country’s so-called concerns about Iraq’s Popular Mobilization Units (PMU), calling it a “significant” threat to US forces.

David Schenker, assistant secretary of Near Eastern Affairs, on Thursday, did not give details about the so-called threat, but told reporters in a teleconference: “It continues to be significant.”

Last week, US President Donald Trump claimed in a Twitter message that he believes “Iran or its proxies” are planning an attack against US troops in Iraq.

Iran’s Foreign Minister Mohammad Javad Zarif reacted to Trump’s claim, saying Iran has friends, and that no one can have millions of “proxies”.

Following the assassination of top Iranian General Lieutenant General Qasem Soleimani and Deputy Commander of Iraq’s PMU Abu Mahdi al-Muhandis on Iraqi soil by the US government’s order, tensions in Iraq have been raised.

After the assassination, Iran responded by firing missiles at a military base where the US troops were stationed.

Though Trump said in the hours after the strikes that there were no casualties, the Pentagon has since confirmed that dozens of soldiers suffered traumatic brain injuries in the attack.

Afterward, Millions of Iraqis from all walks of life poured onto the streets of the capital city, Baghdad, on Friday, Jan 24, to call for the expulsion of US military forces from their country.

Meanwhile, the US withdraw its troops from al-Habbaniyah base in Anbar province on Saturday, after withdrawing its troops from three bases of al-Qaem in Anbar, al-Qayyarah in Nineveh and K1 in Kirkuk.

The withdrawal does not mean leaving Iraq, but the US military will be transferred to large and well-equipped bases such as Ain al-Assad to be less threatened, which shows the US’ purpose for staying in Iraq.

UK must suspend some military supplies to Saudi Arabia: Corbyn 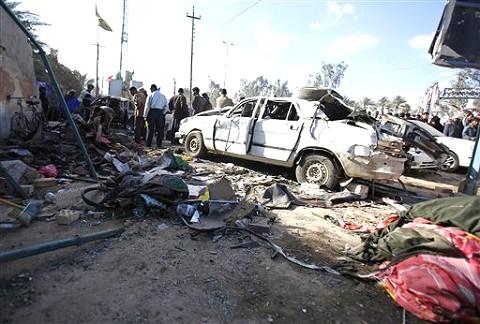