Iran is seriously pursuing a recent terrorist attack on its border guards in the southeast of the country, says a top Tehran official.

“We have held meetings with the Foreign Ministry and other relevant bodies to follow up on the incident, and the issue is still being pursued,” Iran’s Deputy Interior Minister Ali Abdollahi said in an interview with IRNA.

He expressed hope that the efforts will yield good results and lead to the dismantling of terrorist groups in the region.

On October 25, 14 Iranian border guards lost their lives and six others were wounded in a shooting assault in the border region of Saravan in Iran’s southeastern province of Sistan-and-Baluchestan Province. The assailants had infiltrated into Iran from Pakistan and fled back into Pakistani territory after the attack.

Following the attack, Iran’s President Hassan Rouhani called for an investigation into the incident, tasking the Foreign Ministry with taking the necessary measures to ensure the implementation of a border security agreement with Pakistan.

In February, Iran and Pakistan signed a security agreement under which both countries are required to cooperate in preventing and combating organized crime, fighting terrorism and countering activities which pose a threat to the national security of either country.
On October 29, the Iranian Foreign Ministry also called on Pakistan to identify, arrest and extradite the perpetrators of the terrorist attack.

Abdollahi also said that Iran is pursuing a December terrorist attack against a group of Iranian pipeline workers in Iraq. 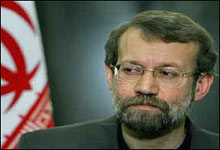