“By steadfastly pursuing dialogue, we will continue to make every diplomatic effort possible to ease tensions and achieve stability in the region,” Abe said at a news conference Monday.

“As one of those efforts, we are currently in talks about a visit by President Rouhani to Japan,” he said, confirming earlier reports that a trip by the Iranian president was on the agenda.

Abe did not give any specific date for Rouhani’s trip, though local media reported the visit could take place on December 20 or 21.

Speaking with Japan’s public broadcaster NHK in Vienna, Austria, on Saturday, Araqchi said efforts were being made to fix a date for the trip, and expressed hope that the visit would be scheduled soon.

Last week, Mahmoud Vaezi, the Chief of Staff of the Iranian president, told reporters that President Rouhani was considering stopping by Japan during his trip to Malaysia for an international conference in mid-December.

He said that President Rouihani’s visit, most likely to take plane later this month, comes in response to an invitation extended by the Japanese prime minister during his trip to Tehran in June.

This would be the first visit by an Iranian president to Japan in almost two decades.

Diplomatic sources said Abe would likely use the opportunity to urge Iran to remain committed to the landmark 2015 deal, officially known as the Joint Comprehensive Plan of Action (JCPOA), which was signed between Iran and major world powers.

Tensions between Washington and Tehran have been rising since President Donald Trump withdrew the US from the JCPOA and imposed unilateral sanctions against Iran, mainly targeting its oil exports.

In compliance with Articles 26 and 36 of the JCPOA, Iran has, since May, gone through four stages in scaling back parts of its commitments in retaliation for Washington’s withdrawal from the accord and Europe’s failure to protect Iran against the sanctions.

The sources said that Abe may also seek Iran’s understanding regarding Japan’s plan to dispatch Self-Defense Forces (SDF) to the Middle East to help ensure what Tokyo describes as the safe navigation of commercial vessels.

In October, Japan said it planned to send a naval force to Middle East waters to guard ships supplying Japan but declined to join any US coalition to protect merchant vessels.

The Tokyo government is expected to seek the cabinet approval by the end of the year to send an SDF destroyer and a patrol plane to the region, government sources have said, according to Japanese media.

Regional tensions have intensified after attacks earlier this year on oil tankers near the Strait of Hormuz and the Persian Gulf, and a Yemeni strike on Saudi oil facilities. The United States has blamed Iran for the incidents, which Iran strongly denies.

Back in June, Abe traveled to Iran on a first visit by a Japanese premier in more than 40 years, with a plan to help ease tensions between the Islamic Republic and the United States.

Abe said in his meeting with Iranian officials that Japan sought to play a maximum role in preventing tensions, stressing “this has been the focus of my trip to Iran.”

Iran says it is still open to the possibility of talks but only on the condition that the US returns to the nuclear deal and lifts all sanctions. 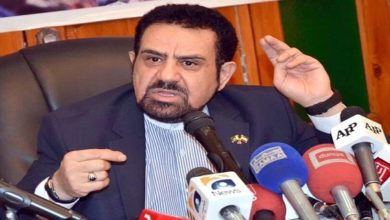 Iran dismisses reports of limiting entry of Pakistanis due to coronavirus 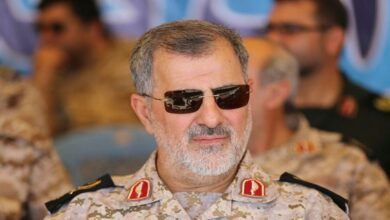