France has designated Abu Dhabi as the headquarters for a so-called European-led naval coalition in the Persian Gulf, shortly after announcing that it is bolstering Saudi air defenses with new equipment.

“This morning we formalized that the command post will be based on Emirati territory,” French Defense Minister Florence Parly told reporters at a French naval base in Abu Dhabi, the capital of the United Arab Emirates on Sunday.

According to the French defense minster, the European-led mission may start next year with about 10 European and non-European countries expected to participate in the mission.

The newly-designated headquarters will host about a dozen officials representing the involved countries, she said.

The announcement comes as France has been the main proponent for the European naval mission which seeks to allegedly patrol the Persian Gulf and the Strait of Hormuz, through which about a fifth of all oil consumed globally passes.

“We hope… to contribute to a navigation that is as safe as possible in a zone which we know is disputed and where there has already been a certain number of serious incidents,” Parly said.

The European-led mission is allegedly independent of a similar US-led mission deployed in the region.

The two separate missions were announced after a string of mysterious attacks targeted a number of oil tankers in the region earlier this year, for which Washington and Riyadh were quick to blame Iran without producing any conclusive evidence.

Iran has vehemently denied the accusations, saying the incidents appear to be false flags meant to frame and pressure the Islamic Republic.

Parly’s announcement on Sunday came a day after the French defense minister announced that Paris was sending Riyadh “a robust package of advanced warning” systems, including radars, to counter low-altitude targets.

The announcement comes after Saudi Arabia, devastated by a major retaliatory Yemeni air raid on its oil facilities in September, urged for help in further bolstering its western-supplied air defenses.

Speaking during a security forum in Bahrain, Parly said that the French arms shipment will reach the kingdom in “coming days” and will be “operational very, very rapidly”.

“But there is an analysis to be done in order to better identify how to fill the gap,” she added.

Despite more than four years of ongoing Saudi-led war against Yemen, Washington, along with Riyadh and Paris, have blamed Tehran for Yemen’s reciprocal attack on the Saudi oil installations, a claim which Iran firmly denies.

Washington has since deployed hundreds of troops and additional military hardware to the kingdom allegedly in response to the attack. 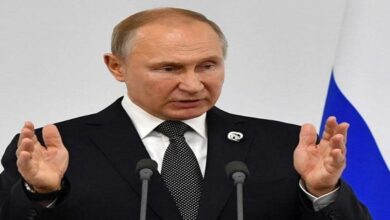