Hezbollah allied Lebanon’s minister of refugee affairs Saleh al-Gharib has escaped an assassination attempt that killed his two bodyguards.
Gharib known for close ties to pro-Syrian Druze leader Talal Arslan, an ally of Hezbollah. He was attacked in an area near Aley, which is loyal to anti-Damascus Druze leader Walid Jumblatt.

Druze minister came under attack on Sunday when his convoy was making its way through the Mount Lebanon town near Aley.

However, Jumblatt’s Popular Progressive Party (PSP) has denied any involvement in the incident.
Moreover, two other people were injured in the attack, according to social media reports.

Most importantly, the attack came after a visit by Foreign Minister Gebran Bassil to the area earlier in the day.

Furthermore, he said, that showed a decision to blow up the situation on the Mountain (a reference to the mountainous Chouf District, southeast of the Lebanese capital.

Most importantly, the attack came after a visit by Foreign Minister Gebran Bassil to the area earlier in the day. That visit led protesters to block roads prompting Bassil to call off the visit. Maronite Christian Bassil also an ally of Hezbollah.

On other other hand, Lebanese Defense Minister Elias Bou Saab called for calm. He told the LBC network that the army had placed a large number of forces in the area.

Meanwhile, Akram Chehayeb, a senior PSP official and minister of education, also urged calm. He said what happened was the result of poor judgment of some officials and a recipe for strife on the Mountain.”

Notably, the attack came amid debate over the fate of the Syrian refugees on Lebanese territories.

Four killed in gunfight in Lebanese city of Baalbek

Lies on Hezbollah Martyrs in Qalamoun Enlist Syrians, People Died from a Stroke

Protesters, police clash outside US embassy in Beirut 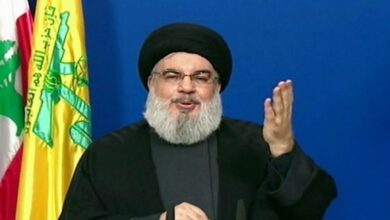