The Lebanese military arrested late Wednesday a senior Syrian operative based in Arsal who heads a network responsible for rigging car bombs and sending them into Lebanon, a security source told The Daily Star.

Mohammad Qassem and seven of his aides, all of them Syrians, were captured in a “special operation” carried out by the Army, the source said, adding that computers, mobile phones and “important documents” were seized in the operation.

The source disclosed that the eight men, who were arrested in one of Arsal’s refugee camps, are suspected of belonging to Al-Qaeda.

The arrests came as Army chief Gen. Jean Kahwagi pledged to continue “fighting terrorism and dismantling takfiri networks” on the eve of a major security crackdown in the north aimed at ending months of Syria-linked violence.

“We promised a year ago … to work on preventing Lebanon from becoming a battlefield for terrorists,” Kahwagi said at a security conference in Beirut. “Today we are fulfilling that promise.”

The Army has been the target of sporadic attacks and suicide bombings in recent months.

The latest attack occurred Tuesday night in the northern Akkar region of Qammoua which killed at least two officers.

The assault came hours after a Salafist preacher warned of major fallout in response to the Lebanese Army’s security measures in Tripoli.

The Army launched a security plan last week to bring peace to restive Tripoli after 20 rounds of fighting linked to the war in Syria. The government decided to expand the plan to cover the Bekaa Valley.

Nabih Berry: Dealing over the Resistance is Impossible 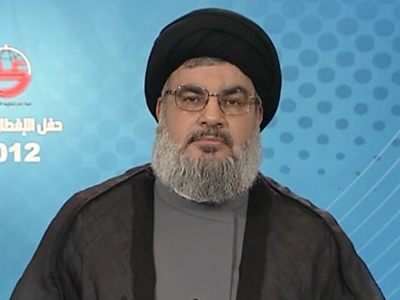