A song saluting Hezbollah’s campaign against foreign-backed militants in the Qalamoun region of Syria has outraged members of the Syrian opposition.

Ali Barakat, a singer of religious anthems, posted the video on YouTube Thursday.

The video has received more than 40,000 views and several other YouTube postings of the song have also appeared, meaning an even higher viewership.

The nearly six-minute-long anthem “Ihsam Nasrak bi Yabroud,” addressed to the party and its supporters, can be loosely translated as “Achieve your decisive victory in Yabroud.”

The song’s lyrics, which salute Hezbollah’s role in earlier campaigns against the towns of Nabk and Qusair, and label the Syrian militants as “Takfiri” extremists, enraged opposition supporters.

The video that accompanies the song features a map of the area, with the yellow Hezbollah flag planted in and fluttering over Yabroud. 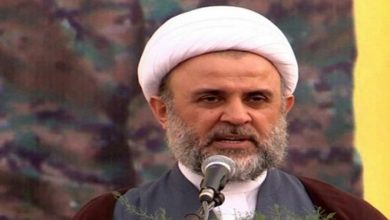 Aleppo Recapture Does Not Mean End of Terrorism in Syria: Hezbollah Official