â€œMy press conference today is for the people to hear me well and not to quote meâ€ from different sources, Hezbollah Secretary General Sayyed Hasan Nasrallah began his press conference in Beirutâ€™s southern suburb Thursday night.

The Sayyed stressed that â€œwe have to bear in mind that as of this moment, Lebanon has been pushed into a very sensitive and complicate Â stage from the gates of the Special Tribunal for Lebanon (STL).â€ His eminence also underlined the right of the resistance to defend itself regardless of those who â€œphilosophize and claim that he who defends himself confesses his crime.â€

â€œAn indictment had been written, before the investigation (into the assassination of former PM Rafiq Hariri) and before Hezbollah members were interrogated as witnesses. It was written but its issuance was delayed for political reasons. Judge Daniel Belmarâ€™s deliberations with UNSC members and French officials had to do with the political timing, not the context. Before leaving to Washington, PM Saad Hariri visited me and told me that in month â€˜xâ€™, an indictment will be issued and it will implicate â€˜undisciplined members of Hezbollahâ€™, not the whole party.â€

The Hezbollah chief lashed out at â€œthose who protested my speech last weekâ€ adding that they donâ€™t want Hezbollah to speak out before the issuance of the indictment. â€œWe firmly reject this as we firmly reject accusing any Hezbollah member.â€

His eminence pointed that from the first minutes after Hariri was assassinated, the media were ready to implicate Syria and the four generals in the crime. â€œThe media are also ready today for any indictment. We believe that there is a major plot to target the resistance, Lebanon, and the whole region. I cannot be sure that an indictment would be issued in September or October because the date can be postponed for political reasons, however an indictment will be issued eventually in accordance with the plot that has been prepared for the region.â€

Sayyed Nasrallah reminded that the target was the resistance â€œwhich constitutes the main obstacle for any settlement that would establish a U.S. and Israeli hegemony against the Palestinians.â€ He called on so-called March 14 powers to review their position â€œbecause the results of their stances and their policies have affected Lebanon and the region.â€

The Sayyed praised MP Walid Jumblatt for his courage to make a clear and public review. â€œIt is not enough to say in 2010: we want to good and normal relations with Syria. They ought to say that they have made serious mistakes since 2005 and that they were heading straight to the abyss and dragging you (March 14 audience) behind us. Do you have enough courage to say what you have concluded and yet, you refuse to reveal? Brave and sincere leaderships admit their mistakes. No one is asking you for an apology.â€

The Secretary General reminded that in 2005 the so called March 14 leadership had immediately accused Syria of assassinating Hariri, without investigation and without proof. â€œYou were the prosecutor and you were the punishers. You dragged the whole country based on your accusation.â€ He added that five years later, the same March 14 camp is calling for normal relations with Damascus. â€œThis cannot pass that easyâ€¦What is the guarantee that you will not take the country towards more mazes in the five or ten years to come? What you did in this country in terms of confessional and sectarian incitement is unprecedented in 100 years of Lebanonâ€™s history. What is the guilt of those Hezbollah members, the Shiites and the rest of the opposition on top of which were our Sunni brothers? What is the crime of Syriaâ€™s allies who were later called opposition forces, including General Michel Aoun? You said during general elections in 2005: Anyone who votes for â€˜themâ€™ would be voting for PM Haririâ€™s killers. Elections took place based on a false accusation to Syria and its allies in Lebanon, and these elections gave birth to a government that took decisions.â€

Sayyed Nasrallah went on to say that the March 14 racist speech led to the killing of several Syrian laborers in Lebanon, served in isolating then President Emile Lahoud, fueling the endeavor to occupy the Presidential Palace in Baabda, toppling then PM Omar Karameh and pointing the finger at him and his ministers, isolating some judges, and throwing four innocent officers in jail for four years. â€œThe one thing that has never changed is that there is still no evidence to implicate Syria despite the false witnesses they brought to the investigation.â€

The Hezbollah chief then addressed the Lebanese in general and the March 14 supporters in particular saying that â€œwe are the victims of big schemes; much bigger than us and much bigger than Lebanon.â€

â€œIf these political leaderships did not make their review and did not correct their mistakes, knowing that during four and half years, they took the country to the most difficult stage in its historyâ€¦in the framework of a big scheme for the region, will you be willing to follow their lead after all this experience? You are free and you bear the responsibility.â€

Sayyed Nasrallah concluded his speech saying that Hezbollah was not afraid of anything, even the indictment. â€œLet them issue it now and let us finish already. Those who conspire against the resistance and Lebanon â€“ and have so far failed â€“ ought to be concerned because more schemes will be foiled. We know the nature of the responsibility that weâ€™re shouldering and we urge those who have so far miscalculated their moves to make the right calculations this time.â€

The Secretary General answered the questions of reporters who were following up his speech through a giant screen at the Shahed School.

In one of his answers, the Sayyed pointed that Prime Minister Saad Hariri and Saudi Arabia can do a lot concerning the STL indictment. â€œThey can tell those who are playing the â€˜game of the nationsâ€™ that Lebanon cannot afford such games. I believe that they (Hariri and S.Arabia) have the stature that enables them to say just that. However, I am not asking them to do anything. It is up to them to take the decision they see fit.â€

His eminence said he was asking no one to apologize. â€œAll I asked was that they make a review and speak frankly to their audience. I have not called for the resignation of the government or anyone else, however I shall have a position after the issuance of the indictment.â€

Concerning PM Haririâ€™s position after the indictment, Sayyed Nasrallah said: â€œBoth our positions will be difficult and everybody should observe Lebanonâ€™s interest.â€

Responding to a question about Hezbollah respecting STL decisions, the S.G. said: â€œWe have never said that we respect the tribunalâ€™s decisions and we have never said that we do not respect them. We have doubted the tribunal from day one; this is why we requested that the issue of the tribunal be discussed by the Cabinet. Everybody knows how the previous administration passed the Tribunal bill; Hezbollah and Amal Movement minister were not given three day â€“ not one week, but three days only â€“ to study the bill. Despite this, we backed the principle of establishing the court. Unless the courtâ€™s resolutions were based on solid and true evidence, I cannot accept its decisions, and it does not seem to me that the court is founding its decisions on solid evidence. If the court said that Al-Qaeda had killed Hariri, I would refuse its conclusion because the international investigation has skipped one hypothesis; the Israeli hypothesis. Israel has the motive, the capabilities, the control and the interest to kill Hariri, but it is forbidden to work on this hypothesis. As long as it does not take this hypothesis into consideration, the court will not be unprejudiced.â€

Sayyed Nasrallah stressed he did not attack the Information Branch in his speech last week.

â€œThe truth is that I thanked it for the efforts exerted recently to nab spies. I only asked a question, and this is my right. What was leaked in the press is not enough and confirms my information. I will not say that the Information Branch provided us with false information because the Branch has its own analyses of telephone calls which result in certain conclusions that are not necessarily definite. The same Branch interrogated people suspected of spying for Israel, some came out innocent and others confessed to collaborating with Israel. These are technical matters. The Branch did not lie to us, but the conclusions of their analyses were wrong. They gave us three telephone numbers for three Hezbollah officials suspected of collaborating with Israel. We took those three numbers and we summoned the brothers who owned the numbers. You should know that we do not tolerate collaboration with Israel. Those brothers are still Hezbollah officials because we conducted a real and serious investigation that led us to a definite conclusion. If I had the slightest proof that they had been penetrated by the Israel Mossad, I would have at least isolated them and fired them from the party. We donâ€™t even tolerate suspicion of collaboration. Why we given those names? Why is there an attempt to portray us as a penetrated party? This is something that has to do with a story that I will tell you during my next press conference God willing.â€

The Hezbollah Secretary General concluded that the party has never and will never wage war, â€œknowing that the breakout of any war in the region will not be limited. In 2006 we captured two Israeli soldiers; never in history had the capture of two soldiers led to war.â€

â€œWe are a resistance movement working on liberating the rest of our occupied land our own way and we will defend our country like we have always done.â€ 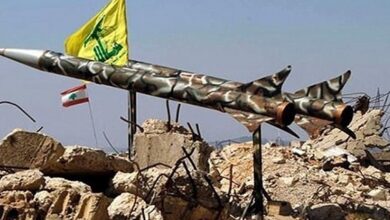