Earlier on Sunday, Sayyed Nasrallah issued a statement on his behalf mourning the passing of Ayatollah Fadlullah, saying he â€œtaught us to be people of dialogue with the other, and to reject repression and resist occupation.â€

The funeral procession for Sayyed Fadlullah will begin at his home in Haret Hreik at 1:30 p.m. on Tuesday.

The procession will pass through the main neighborhoods of Beirutâ€™s southern suburbs, and his eminence will be buried at the Hassanein Mosque.

Hezbollah issued a statement Sunday morning in which it announced 3-day mourning and called for a wide participation in Sayyed Fadlullahâ€™s funeral. 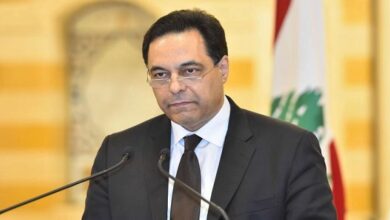