According to reports, liver complications caused the bleeding.

An official close to the 75-year old Grand Ayatollah said that while he has been receiving treatment at a Beirut hospital for the past 12 days, his condition deteriorated Friday.

A statement issued by Behnam hospital where Fadlallah is being treated described his condition as “stable,” rejecting rumors that the revered cleric is in critical condition.

The Iraqi-born cleric has written dozens of books, founded several religious schools and established a public library, a women’s cultural center, and a medical clinic.

A harsh critic of US policies in the Middle East, Fadlallah was the target of several assassination attempts, including the allegedly CIA-sponsored and Saudi-funded 1985 Beirut car bombing that killed 80 people. 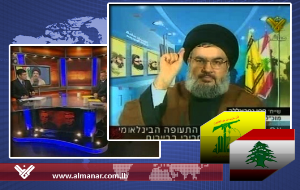 How Israel and the US Hope to Destroy Hezbollah

Sayyed Nasrallah: Kuntar One of Us, We will Revenge Appropriately