20.11.2009 The Secretary General of Hezbollah movement, Seyyed Hassan Nasrallah, has been re-elected chief of the Lebanese resistance movement for a sixth term.  The resistance movement announced its decision following a congress that also adopted a new manifesto on Thursday.  Hezbollah issued a statement declaring that it has endorsed “a number of organizational amendments that fit the new developing nature of its movement and path in the recent years on various aspects.”

The statement further added that Sheikh Naim Qassem has been re-elected as the movement’s Deputy Secretary General.  The Thursday statement however did not mention when senior Hezbollah officials voted to re-elect Nasrallah as the resistance movement’s Secretary General.  Hezbollah’s leadership elections are usually held every three years but they were last held in 2004. A Hezbollah official meanwhile said the two-year delay was caused by internal Lebanese differences and the 2006 Israel-Hezbollah war.  The 49-year-old Hezbollah Secretary General is expected to hold a news conference in the coming days outlining the details of the new political document.  Nasrallah has headed Hezbollah resistance movement since 1992 when his predecessor, Abbas Moussaoui, was killed in an Israeli helicopter raid. 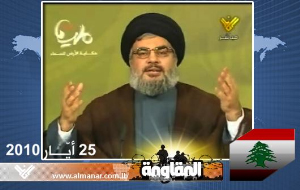 Sayyed Nasrallah: On Sunday We’ll Celebrate and The Israelis Will Go to Shelters 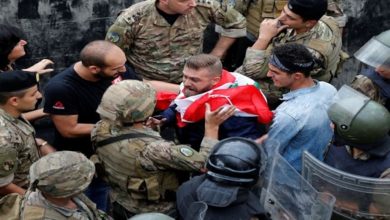