Lebanon says its forces played a major role in the recent foiling of a bomb attack aboard a passenger plane bound for the United Arab Emirates (UAE) from Australia.

Lebanon’s Interior Minister Nouhad Machnouk announced the news in a press conference on Monday, adding that the airplane was supposed to take off from the Australian city of Sydney and land in the UAE capital Abu Dhabi with some 400 passengers on board, at least 120 of them having been Lebanese nationals.

He further said that the four Lebanese-Australian brothers, including one who is in police custody in Lebanon, had plotted to blow up the plane some 20 minutes after takeoff from Sydney Airport, by detonating explosives concealed inside a large Barbie doll and meat grinder.

Machnouk added that one of the brothers, Amer, was supposed to carry out the terror mission in mid-air but he failed to bring the handbag, containing the two bombs, onto the plane because it was seven kilograms above the permitted weight by the airline, and the hidden explosives were sent back to his home in Australia.

The Lebanese minister went on to say that two other brothers, Khaled and Mahmoud, were held in Australia while the fourth, Tarek, a senior member of the Takfiri Daesh terrorist group, is based in the northern Syrian city of Raqqah, the terror group’s de facto capital in the Arab country.

Machnouk said the intelligence department of the Lebanese internal security forces played a major role in uncovering the terror plot, without giving further details. It was not immediately clear how exactly the Lebanese intelligence, in cooperation with Australian authorities, foiled the bomb attack.

Late last month, Australian authorities announced that they had uncovered a credible terror plot to down a passenger plane by sneaking a device onboard, without providing more details, including the exact nature of the threat or any airlines involved.

Earlier this month, Australian police said that they had charged two men with terrorism offenses in Australia in connection with a purported plan to bring down a plane, but it was not immediately clear whether the pair were two of the four brothers. 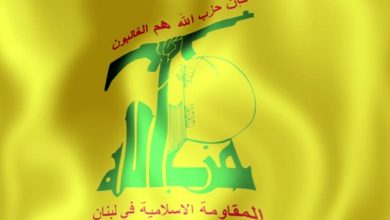