An official with Hezbollah extolled the benefits of cooperation between the Lebanese resistance movement and the country’s army, saying the synergy has secured the Arab nation against the threat of Takfiri terrorism and Israel.

The complementary interaction between the Lebanese resistance forces and army has kept the Daesh (ISIL) terrorist group away and facilitated the liberation of the Lebanese territories from the militants, member of Hezbollah’s Executive Council Sheikh Nabil Qaouk said.

The joint action by Hezbollah and the army has strengthened Lebanon’s defense power in the face of Takfiri groups and the Israeli regime, Elnashra News quoted him as saying.

Hezbollah and the Lebanese army have shaped the country’s “national strategy” for defense by throwing out Daesh, he added.

Hezbollah, which is directly involved in the Syrian conflict, has had a major role in protecting Lebanon’s border areas against terrorist groups.

On Saturday, the Lebanese army launched an offensive against a Daesh enclave on the northeast border with Syria, as Hezbollah also announced an assault on the militants from the Syrian side of the frontier.

Lebanon will not allow any violation on its rights and sovereignty: Gebran Bassil

Leading role of resistance in facing Israel and Takfir 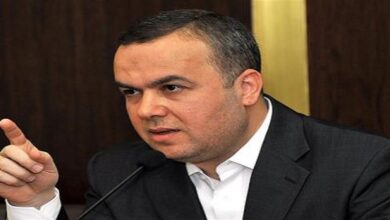 Hezbollah MP: No Foreign Side Has Right to Impose Condition on Our Participation in Gov’t