Security forces in Lebanon have arrested three Saudi Arabian women, who were traveling with their children and planning to cross the border into neighboring Syria to join the Takfiri Daesh terrorist group.

Lebanese authorities detained the three sisters and their seven children in the capital, Beirut, on Friday and sent them back to Saudi Arabia, the Saudi state news agency SPA reported.

An unnamed Saudi Interior Ministry spokesman said the husband of one of the women had tipped Saudi police off that his wife and their three children had left Saudi Arabia for Lebanon to travel further to Syria and join Daesh. Saudi authorities had then informed Lebanese officials that the woman had entered Lebanon. There were no details on how the other women and children had wound up in Lebanon.

The children are said to be aged between one and 10 years old.

Many of the Takfiri terrorists operating in Syria, particularly the Daesh terrorists, are believed to follow Wahhabism, a strand of extremist “ideology” preached by government-sanctioned clerics in Saudi Arabia.

There are reports that 46 Saudi women have joined Daesh since 2011.

The last time a Saudi woman was reported to have joined Daesh was in July 2015, according to a report published by Al-Hayat daily. The 40-year-old woman from Sajer, a small town on the suburbs of the Saudi capital, Riyadh, had traveled with her family to the holy city of Mecca before suddenly disappearing. She eventually sent a message to her mother, informing her that she was with Daesh in Syria.

Syria has been gripped by foreign-backed militancy since March 2011. The United Nations (UN)’s Special Envoy for Syria Staffan de Mistura estimates that over 400,000 people have been killed in the conflict.

Back in 2014, the UN said it would no more update its official death toll for Syria because it could not verify the figures that it received from various sources. 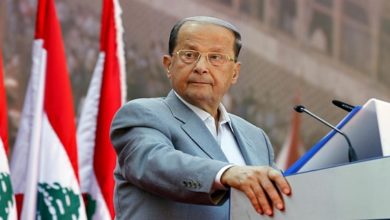