Head of the Lebanese Hezbollah movement, Seyyed Hassan Nasrallah, has condemned the ongoing Saudi aggression against Yemen, which has been carried out with the green light of the United States.

He made the remarks in a public address at an event entitle “Solidarity Rally with Yemen” organized by the resistance movement in Dahieh, south of the Lebanese capital, Beirut, on Friday.

The leader of Hezbollah stressed that the movement will keep slamming Saudi aggression against Yemen, urging all people in Lebanon to denounce Riyadh airstrikes against the Yemeni people.

“It is our human, jihadist and religious duty to take this stance and all the sons of this nation must reassess their responsibilities and take the appropriate stance. Intimidation or threats will not prevent us from continuing to declare our condemnation of the aggression against Yemen,” Nasrallah said, stressing that “this major historic period is affecting the entire region, not only Yemen.”

“The officials in Saudi Arabia said the war’s objective is to defend Yemen’s Arab identity, but have the Arab people authorized them to wage a war on Yemen? This is a war against an Arab people,” Nasrallah noted.

He stressed that the Yemeni people “do not need to prove their Arab or Islamic identity and those invading Yemen today must seek to verify their Arab identity.”

“The war’s real objective is restoring the Saudi-American hegemony over Yemen, as I have already announced,” Nasrallah stressed.

Nasrallah also questioned the claims by the aggressors against Yemen that they are defending the Yemeni state, saying, “They are doing this through bombing the state’s administrations, airports, ports and military bases. Is this how you defend the state?”

He said the Saudi aggression has left “42 million Yemenis without food, water or medical aid.”

“After 28 days of aerial and naval bombardment, fierce airstrikes and all forms of intelligence and logistical support that were offered by the Americans, there has been failure to return Abd Rabbuh Mansur Hadi to Yemen, as he is still in Riyadh,” he said, adding, “Because of this aggression, Abd Rabbuh Mansur Hadi has lost any chance of returning to the presidency, and any political settlement cannot return him to the presidency.”

Nasrallah described the Yemenis as people who “have resolve, enthusiasm, [and] endurance”, saying, “There is massive volunteering of fighters” to fight against the aggressors.

He also referred to Yemeni people’s protest against the “aerial” bombardments by Saudi Arabia, adding “Until the moment, the Yemenis have not showed any sign of defeat.”

Nasrallah stressed that the aggressors against Yemen have failed to sow seeds of discord among Yemeni people, adding that “a national posture” has emerged in Yemen “in the face of the aggression.”

Referring to the international condemnation of the Saudi airstrikes on Yemen, Nasrallah said, “Most voices in the world have demanded an end to the war and called for a political solution. Those leading this war must show modesty and seek an exit.”

Saudi Arabia’s air campaign against Yemen started on March 26, without a United Nations mandate in a bid to restore power to the country’s fugitive former president, Abd Rabbuh Mansur Hadi, a staunch ally of Riyadh.

The attacks were also meant to undermine the Houthi Ansarullah movement, which took control of the Yemeni capital, Sana’a, in September 2014.

The Houthis, now part of popular committees across the country, criticized Hadi government’s inability to properly run the affairs of the country and contain the growing wave of corruption and terror before taking over state matters.

According to reports, over 2,600 people, including women and children, have so far lost their lives in the attacks.

The humanitarian situation in Yemen is rapidly deteriorating as Yemenis are facing a shortage of essential foodstuff, water, fuel and vital drugs.

International humanitarian agencies expect tens of thousands more to flee Yemen in the coming months amid the worsening humanitarian situation. 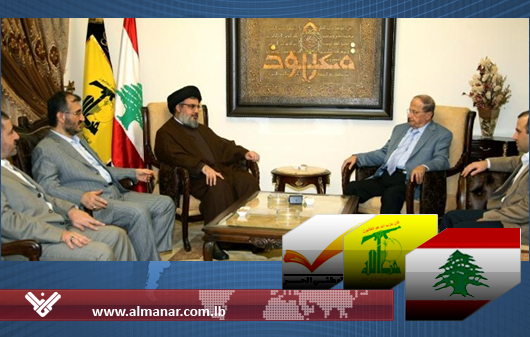