Hezbollah officials have said that the Lebanese resistance group’s capabilities have shocked and humiliated the Israeli regime, stressing that the unmanned aerial vehicle that flew over Israeli-occupied territories is merely a small fraction of those capabilities.

The president of the Loyalty to the Resistance Bloc, which is the political wing of Hezbollah in the Lebanese parliament, said the resistance movement’s deterrent power has struck horror in the heart of the Israeli regime.

Mohammad Raad hailed the Hassan drone as one of Hezbollah’s outstanding military achievements which will prevent Israel from staging attacks against Lebanon, saying the drone was merely a small part of weapons produced by the resistance group to protect Lebanon against Israel.

He underlined that Hezbollah defends the entire Lebanon and is standing by the side of the Lebanese people amid a financial and economic crisis in the Arab country.

Sheikh Nabil Qaouk, deputy head of the executive council of Hezbollah, also said the Hassan drone has shocked the Israeli military deeply, and the Israeli army is now forced to face the ultimate humiliation.

“The aircraft has conveyed a very, very important message to the Israeli enemy, which has been well received,” Qaouk said at a ceremony in the southern Lebanese village of Aitit on Sunday.

He added that the resistance movement is now at the apex of preparedness, and that no one can threaten it by any means.

“Equations have changed as Hezbollah pulls off victories. Once it was the Israeli drones that regularly violated Lebanon’s airspace, now it is the Lebanese drones that are buzzing over Israeli-occupied lands,” the senior Hezbollah official pointed out.

“Zionists are drowning in the sea of panic and fear as their army has failed to guard them,” Sheikh Qaouk said.

Hezbollah said on February 18 that it flew a drone over Israeli-occupied territories on a reconnaissance mission for 40 minutes and it had returned untouched despite attempts to shoot it down.

Israel’s military alleged that its aerial missile systems were triggered and fighter jets scrambled after the radio-controlled aircraft crossed into the occupied lands from Lebanon. 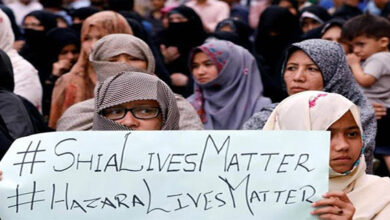 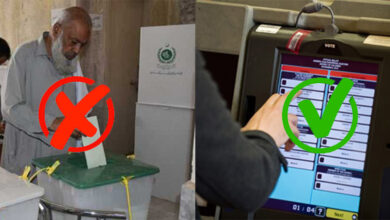 Election Reforms 2021: Now button will be pressed rather than stamping the ballot