Hezbollah and Al-Manar held on Thursday a massive funeral for martyr Hasan Abdollah, who embraced martyrdom while covering the battles against the takfiri groups in Aleppo, northern Syria.

After receiving condolences at the Sayyeda Zainab Hall in Ghobeiry, the funeral prayers were performed. Then, the martyr was laid to rest in Rawdat Shahidayn (Paradise of the two martyrs) cemetery in Dahiyeh (southern suburb of Beirut).

Colleague Hasan Abdollah was martyred after suffering wounds while carrying out his Jihadi duty, covering the battles between the Syrian army and the Takfiri groups, and filming a documentary for Al-Manar TV channel in Aleppo northern countryside.

The martyr, who descends from the southern village of Aitaroun, filmed a lot of documentaries and participated in filming many of Hezbollah military operations against the Israeli occupation enemy in southern Lebanon.

It is worth mentioning that the martyr Hasan Abdollah was married and had three children. 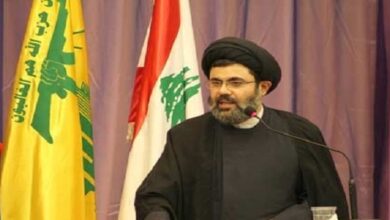 We are perfectly ready to confront any act of aggression from Israel: Seyyed Safieddine 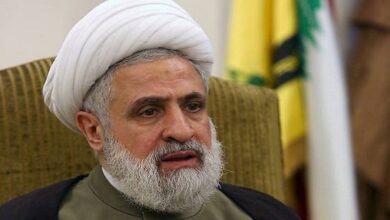