A Lebanese prosecutor has issued a travel ban against Central Bank Governor Riad Salameh, who is among the top Lebanese officials widely blamed for an unprecedented financial crisis in Lebanon.

Judge Ghada Aoun on Tuesday issued the travel ban against Salameh, who has been at the center of investigations at home and abroad into his conduct launched after Lebanon plunged into a deep financial crisis.

Aoun said she had imposed the ban as part of a Lebanese investigation she is leading into the conduct of Salameh, whose tenure as the country’s central bank governor has come under scrutiny since the crisis erupted in 2019.

The Lebanese prosecutor said the next stage of her probe would be to question the governor.

A judicial source said the travel ban was pursuant to a lawsuit filed by an activist group against Salameh over alleged financial misconduct.

The source said Aoun’s probe included investigating alleged fraud and complaints about the governor by Lebanese depositors in addition to looking at the central bank’s “financial engineering” operations. The source added that Aoun had summoned Salameh for questioning over the case but the exact date of the session had yet to be publicly disclosed.

Salameh is also facing judicial investigations in France, Switzerland, and other European countries on suspicion of money laundering and illicit enrichment, among other allegations.

Salameh has denied wrongdoing during his three decades as Lebanon’s central bank governor.

Lebanon’s economy has been in a free-fall state since former Prime Minister Saad Hariri announced his own resignation and that of his cabinet in October 2019. The Lebanese pound has continued to plummet against the US dollar, losing 90 percent of its value in just two years while sources of foreign currency have dried up.

The economic and financial crisis is mostly rooted in the sanctions that the United States and its allies have slapped on Lebanon as well as foreign intervention in the Arab nation’s domestic affairs. The current crisis is the most serious issue threatening the country’s stability since a 15-year civil war ended in 1990. 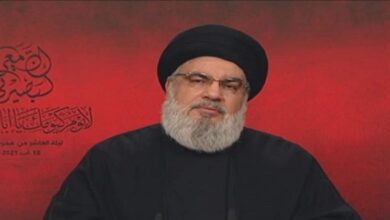