The commander of the Lebanese Armed Forces has warned Israel against any provocative moves across the country’s borders, saying the forces will allow no one to take advantage of Lebanon’s political and economic crises to foment instability there.

“We keep an eye on our border to confront the Israeli enemy’s danger, which has recently stepped up its aggressiveness against Lebanon and threatened to wage a new war,” Joseph Aoun said on Friday on the occasion of the Lebanese Army Day.

“The Lebanese armed forces will remain the safety valve of our homeland and the backbone of the state. We will remain faithful to our oath no matter how rough the road or heavy the challenges. Our priority has been and will remain to protect and fortify the military,” Aoun said.

The Israeli military violates Lebanon’s airspace from time to time and sporadically fires missiles into the the Lebanese territory against the positions of the Hezbollah resistance movement.

Lebanon and the occupying entity are technically at war since the latter has kept the Arab country’s Shebaa Farms under occupation since 1967.

Since Hezbollah was established following the 1982 Israeli invasion and occupation of southern Lebanon, the movement has grown into a powerful military force, dealing repeated blows to the Israeli military.

During the Lebanese Army Day, Aoun also pointed to a range of political and economic crises gripping the country and said, “Despite the successive crises that worsen day by day, all eyes are on the military institution, which remains the focus of hopes for the Lebanese.”

The commander of the Lebanese armed forces warned against the exploitation of Lebanon’s crises to sow insecurity in the country.

“Do not allow anyone to take advantage of the poor living situation to question your faith in your country and your institution. Lebanon is in our hands, and it is not allowed under any circumstances to plunge the country into chaos and destabilize its security and stability.”

“Additional challenges will confront us, so be ready to face them with wisdom, patience and deliberation. Do not let sedition infiltrate our homeland, and do not allow fishermen in troubled waters to achieve their goals.”

The crisis is mostly linked to the sanctions that the United States and its allies have imposed on Lebanon as well as foreign intervention in the Arab nation’s domestic affairs.

The country has been run by a caretaker administration for nearly a year, as politicians have failed to agree on the formation and makeup of a new government.

New Prime Minister-designate Najib Mikati has been tasked with swiftly forming a cabinet so as to end the political deadlock and address the ongoing socioeconomic crisis in the cash-strapped Arab country. 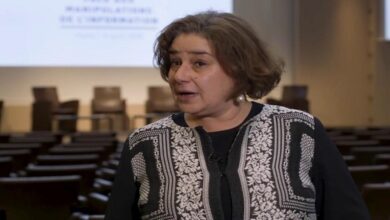 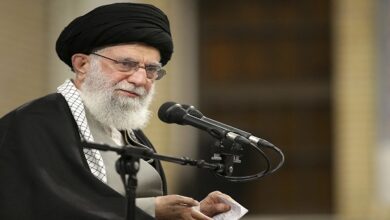 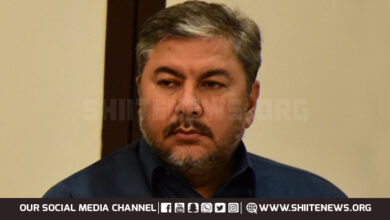