A number of pro-Resistance young activists in Mays Al-Jabal southern town that borders the occupied Palestinian territories erected a poster that warns the Zionist entity of moving against Lebanon.

The statement, written in Arabic and Hebrew, read: “When ‘spider web’ entity moves, it will see the result.”

The Lebanese poster responded to an Israeli poster, raised on the Palestinian side of the border. The statement, written on the Zionist poster, read: “People who live in glass houses shouldn’t throw stones.”

It is worth noting that Hezbollah Secretary General Sayyed Hasan Nasrallah stressed, during his victory speech in 2000, that the Zionist entity is weaken than the ‘spider web’.

Since 2000, Hezbollah has been dealing with the Israeli enemy, according to this description, to the extent that the Zionist experts considered it as a strategic theory.

Qatnani: Sayyed Nasrallah Kept Promise, He is Master of the Truthful Pledge 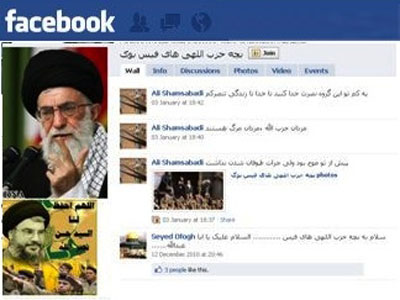