In response to the claims and threats of the Zionist chief of staff, Aviv Kochavi, Hezbollah War Media Center released a video that shows Israeli military posts and facilities located in residential areas.

Kochavi had considered the alleged ‘presence of military targets’ in residential areas in Lebanon as a pretext for the Zionist crimes in Lebanon.

Hezbollah Secretary General Sayyed Hasan Nasrallah responded Tuesday to the recent threats made by Kochavi, warning him against playing with fire.

Sayyed Nasrallah stressed that the Zionist ‘home’ front which houses military sites will witness, during any upcoming war, events that it had not witnessed since the establishment of the occupation entity in 1948.

The video identifies the coordinates of all the Israeli sites that shows Hezbollah readiness to strike them all during any upcoming war. 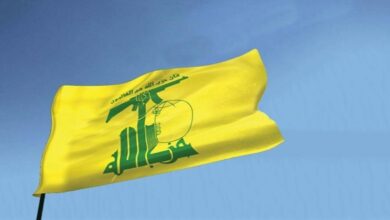 Hezbollah Denies Former Minister’s Fabrications about a Conversation with Nasrallah

Recordings: This Is How MP Saqr Epuips Syria Rebels