Hezbollah on Saturday described sanctions imposed by US treasury on the Head of Iraq’s Hashd Shaabi Faleh Al-Fayyad as a ‘medal of honor’, stressing that the real reason behind the American move was the Iraqi official’s stance of the US occupation.

“The US had assassinated (last year), Deputy Commander of Iraq’s Hashd Shaabi Abu Mahdi Al-Muhandis in an attack that is a crime par excellence,” Hezbollah’s Media Relations Office said in a statement.

“It’s not strange to know that the US Treasury has now imposed sanctions on the Head of the Hashd Shaabi Faleh Al-Fayyad,” Hezbollah said noting that the sanctions “are added to US’ series of crimes against Iraq and its people.

The Lebanese Resistance group lashed out at the US, describing claims by the US Treasury to justify the sanctions as “ridiculous,” especially after the “scandalous killing of US protesters” near the US Capitol last Wednesday.

Earlier on Friday the US Treasury imposed sanctions on Al-Fayyad, claiming that he was “a member in a crisis cell” that had allegedly attacked Iraqi protesters in Baghdad in October 2019.

Hezbollah meanwhile, denounced the US sanctions, considering them a “medal of honor that is added to Al-Fayyad’s Jihadi history that is filled with countering terrorism and Takfiris.”

“We know very well that the real reason behind the US sanctions is Al-Fayyad’s stance against the US occupation and its illegitimate presence in Iraq,” the statement added.

Hezbollah, furthermore, highlighted efforts by Al-Fayyad and the Hashd Shaabi in fighting ISIL Takfiri group, noting that such efforts had bothered Washington since they brought down all pretext presented by the US administration to keep its forces in Iraq. 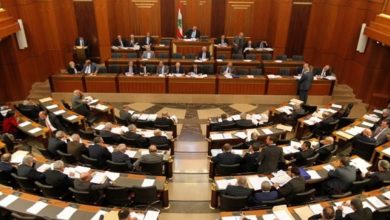