The Zionist media revealed in a report the details of the first meeting between the Israeli occupation army and the terrorist groups in the Syrian Golan Heights.

The report mentioned that the current military intelligence chief, Tamir Hayman, and the deputy chief of staff at that time, Gadi Eizemkout, were the first Israeli officers to meet the terrorist groups in Syria’s Golan.

According to the report, Eizenkout commanded directly a number of terrorist operations against the Syrian military that was described by Hayman as the most dangerous among the Arab armies with respect to the Zionist entity. 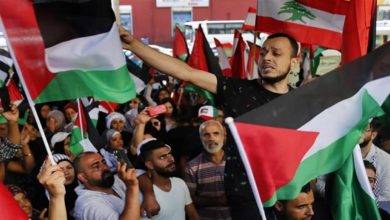