The paper said that Berri will announce the framework agreement representing the basis for the launch of indirect negotiations between Lebanon and the Zionist entity on demarcating the land and maritime borders.

Al-Akhbar said that the talks will be under the auspices of the United Nations and American mediation, noting that a high-ranking American delegation led by David Schenker will arrive in Beirut in mid-October.

“After waiting for more than ten years for demarcating the land and maritime borders between Lebanon and the Zionist entity, talks led by Berri have ended with an agreement on a negotiating framework imposed by Lebanon as a base to launch negotiations,” Al-Akhbar said.

“Berri is likely to announce this agreement today, two weeks before Schenker arrives in Beirut,” the daily added.

Lebanese media later on Thursday, announced that Berri will speak at 15:00 today. 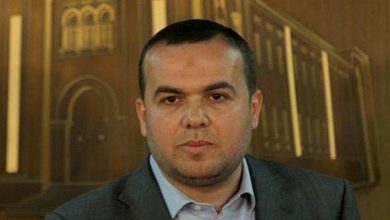 Hezbollah MP Hands over 10 Files on Corruption to Parliamentary Committee

Sayyed Jaafar Fadlullah says arrogant plans should not be ignored