“The world arrogance managed to activate the Takfiri groups through cooperation with al-Qaeda and if we study the situation in North African states, we will find out that most of their revolutions have been stolen,” Qassem said in an interview with the Arabic-language monthly, ’42’.

He blamed the world arrogance, Zionism and their advocates for the current differences and sedition in the Muslim world, and said, “We know that enemies always prepare a ground for striking a blow at the resistance and one of Hezbollah’s most important missions is to study the current situation and prevent the legitimization of minor differences among Islamic faiths.”

On the resistance movement’s plans for fighting the terrorist Takfiri groups, Qassem said, “We announce clearly that Hezbollah forces are always on the alert and all people should know that we are ready to obey the orders of Supreme Leader of the Islamic Revolution Ayatollah Seyed Ali Khamenei” to hit the Takfiri terrorist groups once a relevant order is issued by the Supreme Leader.

In relevant remarks earlier this month, Qassem lambasted the US for its lack of serious fight against the Islamic State of Iraq and the Levant (ISIL), and stressed that Washington only meant to weaken the terrorist group.

“Since the beginning, the US supported the ISIL and thought that it can use the group for confronting the Islamic Republic of Iran and the regional nations to rearrange the regional structure. They attempted to overthrow the Syrian government and annihilate it by the help of this group (but failed),” Qassem told FNA.

He said the US felt endangered when it saw the ISIL had grown so powerful that it had surrounded swathes of land in Syria and Iraq and was threatening Washington’s interests. “And now the US is after weakening the role of the ISIL to control it but it’s not after its annihilation.”

Qassem said that the United States’ actual policy on the ISIL would be revealed in the next few days.

The ISIL has seized parts of Northern Iraq and Syria so far. The terrorist group has been committing heinous crimes in the captured areas, including the mass execution of civilians. 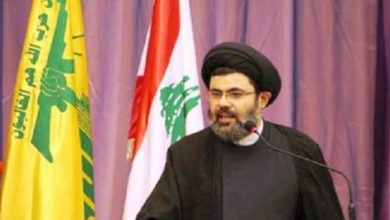 Hezbollah & Iran Have Vast Power in Face of US, ‘Israel’ and Saudi: Sayyed Safieddine