United States Department of State’s Principal Deputy Assistant Secretary for South and Central Asia Alice Wells in an interview to India’s The Hindu newspaper acknowledged that Pakistan had taken steps against terrorists but called for more “sustainable and irreversible” actions.

The United States “fully supports” the peace process that led to Prime Minister Shahid Khaqan Abbasi’s visit to Kabul this week and hopes that for a “more productive exchange” of views between India and Pakistan as well, says a senior US diplomat.
“I wish I could take credit for that, but the Afghanistan-Pakistan talks have been under way ever since Gen (Qamar Javed) Bajwa went to Kabul in October 2017,” said Ambassador Wells when the interviewer suggested that PM Abbasi’s visit to Kabul was “one of the outcomes” of her recent visit to Kabul and Islamabad.
Official says Washington always encourages Islamabad and Delhi to sit down and resolve issues
“We are very supportive of that, but it is not a US process,” she said. “I think it is an excellent initiative between the leaders of Afghanistan and Pakistan to strengthen their bilateral relationship.”
Noting that until Afghanistan and Pakistan had more normal relations it’s impossible to talk about broader reconciliation, Ms Wells said: “We fully support the framework agreement that they are seeking to formalise and the action groups that are embedded in it.”
The United States, she said, would like to see concrete steps to improve the relations between the two countries on all fronts, from bilateral trade to border management and the presence of Afghan refugees in Pakistan.
“All of these are issues that require greater coordination and collaboration, so we welcome this step,” she said.
Asked if the US would encourage similar contacts between India and Pakistan, Ambassador Wells said: “We always encourage India and Pakistan to sit down and resolve issues.”
She noted that India and Pakistan had always had “a level of dialogue taking place,” whether it’s at the routine level for prisoner release or buses from Kashmir, or at the level of DGMOs when to stop shelling across the Line of Control.
“I hope that through the stabilisation of Afghanistan, and enacting the South Asia strategy, that conditions can emerge that will allow for a more productive exchange between India and Pakistan,” she said. “But we’re not getting in between the two countries’ ability to speak to one another.”

Demonstration outside Pakistani Consulate in Houston for missing Shias 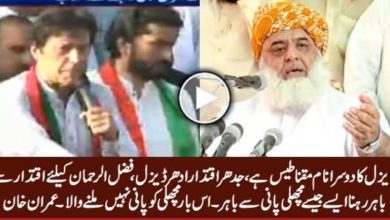 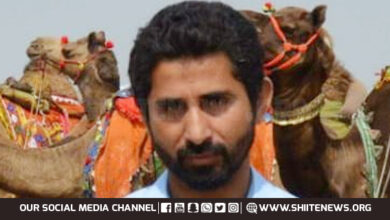