Tribal leaders of Iraq’s Nineveh province declared their support for the country’s army against terrorists of the so-called ‘Islamic State of Iraq and the Levant’ (ISIL) takfiri group by exonerating themselves from its crimes throughout the country.

The announcement was made in a meeting held following a recent report by ISIL terrorists in which they had claimed that the sheiks of Mosel are supporters of the terrorists and fighting against the government of Iraq.

The sheikhs said that tribal leaders of Mosel have made false confessions for supporting the terrorists because they had been threatened to be killed by ISIL operatives.

“Allegiance to ISIL is allegiance to the devil. The criminal group acted against the Islamic laws and made the most heinous crimes against people,” IRNA news agency quoted Abu Khalid al-Badri, preacher of al-Badri mosque in Nineveh province, as saying.

Al-Badri added the so-called allegiance of a number of Mosel’s sheiks to ISIL ‘is void because it was made under the shadow of the terrorists’ armed threats.

ISIL has recently published certain statements and images, claiming that Mosel’s tribes’ leaders are supporters of the terrorist group and stand against the Iraqi Army.

9 killed, 33 hurt in bombings, shooting in, around Iraqi capital 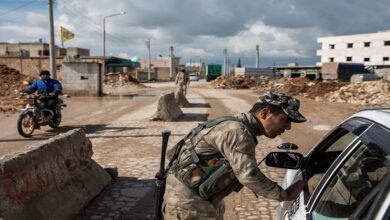