At least 3,000 fighters belonging to the Iraqi Shiite volunteer forces, also known as the Popular Mobilization units, have entered the Iraqi province of Anbar to help security forces fight the ISIL Takfiri terrorists who have reportedly seized the provincial capital city of Ramadi.

The Shiite volunteer forces, one of the volunteer groups who have joined the Iraqi army to fight the Takfiris, were dispatched to Anbar after Iraq’s Prime Minister Haider al-Abadi called on them to join the fight for driving out Takfiri militants from Ramadi.

The Anbar Provincial Council released a statement late on Monday, saying that the fighters, who have come from Babil province, are stationed “in the al-Habaniyah military base, located 30 km east of Ramadi,” online newspaper Iraqi News reported.

The chairman of the Security Committee in Diyala Council, Sadiq al-Husseini, also said that all formations of the Popular Mobilization units in the eastern Iraqi province of Diyala have declared a state of “maximum alert” in preparation to participate in the battle to liberate Ramadi.

Kilabi said Shiite fighters would “eliminate the barbaric enemy,” and “achieve this triumph and we will not accept anything less than that.”

According to a Sunday announcement by Muhannad Haimour, the governor’s spokesman in Anbar, Ramadi has “fallen” to ISIL terrorists.

ISIL confirmed the complete seizure of the city in an online message, claiming the terrorists have taken over the 8th Brigade army base as well as tanks and missile launchers in Ramadi.

Reports also said that at least 500 people lost their lives in two days of fighting over the strategic city, Press TV reported.

The northern and western parts of Iraq have been in chaos since ISIL started its campaign of terror in early June 2014.

Since then, Iraq’s army has been joined by Kurdish forces, as well as Shiite and Sunni volunteers in operations to drive the ISIL terrorists out of the areas they have seized.

Iraq tells US: Donâ€™t delist MKO as a terrorist group 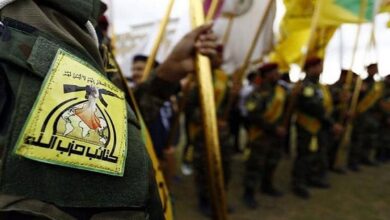