The Grand Ayatollah Bashir Najafi explained the expectations of the Najaf Ashraf Religious Authority from the current situation in Iraq.

The office of the Supreme Religious Authority of Shia Muslims said in a statement: “the Grand Ayatollah Najafi hosted German Ambassador to Baghdad Martin Jaeger in his office in Najaf Ashraf, emphasizing that the Iraqi people went through a period of dictatorship, sectarianism and terrorism, and that the Najaf Religious Authority was able to help those Iraqi children to pass that painful period.”

The Grand Ayatollah Najafi added: “Today’s authority believes that Iraq has the right to live in complete sovereignty and, with the help of its friends, to make its way to construction and progress.”

The Supreme Religious Authority pointed out: “Islam, which was brought by the Holy Prophet Muhammad bin Abdullah (PBUH), is a religion of respect and appreciation for humanity, and the concept and spirit of Islam is to create a spirit of peaceful coexistence and looks at man as a human being, and Najaf Ashraf’s Religious Authority has been working on this issue and will continue his efforts in this direction.”

The German Ambassador also stressed the importance and position of the Religious Authority in Najaf Ashraf, which is a manifestation of wisdom and stability, and the stability of Iraq is the same as the stability of the region. 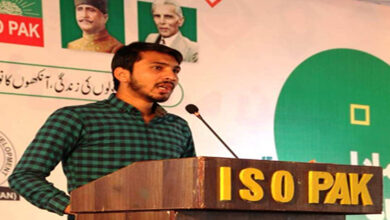