Speaking to reporters on Sunday, Rahmani Fazli added that Iranian officials had held talks and meetings with Pakistani officials about the release of the guards, who were abducted by the Jaish-ul-Adl terrorist group earlier this month.
“The Pakistani government has dispatched its forces to the [border] region and we hope that such efforts will lead to the release of our country’s border guards,” he said.
“Serious measures continue to be taken to free our country’s border guards and meetings have been held with the Pakistani side that has pledged positive and effective cooperation,” the Iranian minister pointed out.
He expressed hope Pakistan’s positive interaction would result in the release of the Iranian guards in the near future.
Regarding interactions between Iran and Pakistan, he said the two countries should resolve their issues in a calm situation and through active correspondence.
Rahmani Fazli noted that Iran has presented the necessary documents on the abductions to the Pakistani government. He expressed hope that the serious efforts would prove productive.
Five Iranian border guards were taken to Pakistani territory after being abducted in Jakigour region of Iran’s Sistan and Baluchestan Province on February 6.
On October 25, 2013, Jaish-ul-Adl terrorists also killed 14 Iranian border guards and wounded six others in the border region near the city of Saravan in Sistan and Baluchestan Province.
In February 2013, Iran and Pakistan signed a security agreement, under which both countries are required to cooperate in preventing and combating organized crime, fighting terrorism and countering the activities that pose a threat to the national security of either country.
Iran has repeatedly called on its eastern neighbor to abide by the terms of the agreement. 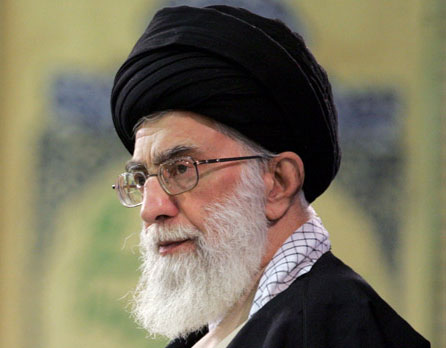 Ayatollah Khamenei: Palestine will at last be freed