The Leader of Islamic Revolution, Ayatollah Seyyed Ali Khamenei, has stressed that so long as the culture of martyrdom is valued highly in Iranian society, no power on earth, including colonialist powers, can dominate the Iranian nation Â or the Islamic republic of Iran.

Speaking on Monday on the anniversary of martyrdom of Ayatollah Seyyed Mohammad Hosseini Beheshti , the former chief of Iran’s judiciary, and 72 prominent personalities (figures ) of the Islamic revolution, the Leader of Islamic Revolution stressed that the martyrdom of Ayatollah Beheshti, and 72 other prominent figures effectively fortified and shored up the fledgling Islamic republic system, it solidified and strengthened the logic of the Islamic republic and of the late Imam Khomeini (may his soul rest in peace). Ayatollah Seyyed Ali Khamenei added: “The event which happened on 28 June 1981, although it shook us to the core, and it happened under the most difficult of circumstances, it had an enormous influence â€“ a constructive influence â€“ on the Islamic revolution”.

Elsewhere in his remarks The Leader described the judiciary as a highly sensitive and a very important part of the Islamic republic system of government, and called upon all government organizations to back up the judiciary, providing it with full support. Ayatollah Seyyed Ali Khamenei added: “One of the most important responsibilities of the judiciary and judges is to never stray from the path of justice, not to be influenced by politics and political considerations, and not to let their ruling be influenced by affection, friendship, bias, grudge or spite”.

Turning to the many admirable characteristics of the late martyred Ayatollah Beheshti, the Leader said he truly believed in what he said, he put in practice what he preached, he did what he believed in, and he wasn’t afraid of danger along the path to his objective. The Leader added: “Beloved martyr Beheshti was a logical person, one who believed in principles (of Islam) and a true principlist who never compromised on the fundamental principles (of Islam) with anyone”.

Turning to the very sensitive role played by the judiciary, and the judicial branch of the government, the Leader said a particular danger is the possibility that the judicial process, and the order in which cases are examined in court, might be affected by factional politics, media hype, newspaper reports, and foreign media reporting, and thus particular care and attention is needed in this regard â€“ judicial officials must never be swayed by their emotions, or allow emotions, friendship, grudge or enmity to cloud their judgments. They must never stray from the path of justice. They must never deviate from justice.

In further remarks, Ayatollah Seyyed Ali Khamenei said the judicial system must reach a stage where every person, without exception, who feels his rights have been trampled upon, could through the courts of law and legal proceedings, regain his lawful rights. 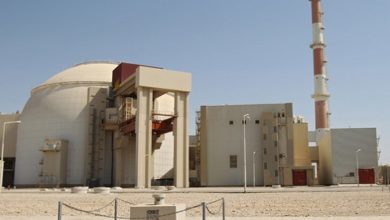 US either ignoring facts or blindsided by Daesh’s fall: Iran 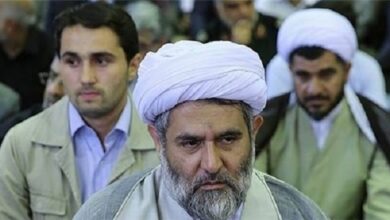 US expulsion from region one of Iran’s definite strategies: IRGC intelligence head

US policies behind emergence of Takfiri militants: Iran deputy FM