Hezbollah Secretary General Sayyed Hasan Nasrallah underlined the importance of the call issued by the Supreme Leader of the Islamic Revolution in Iran Imam Ruhullah Al-Khomeini to mark Al-Quds International Day every last Friday of the Holy Month of Ramadan during the multinational event held via video conference on Tuesday.

Delivering a televised speech in the context of the “Unified Platform” event that gathered Muslim leaders, officials, and personalities from across the regional resistance axis, Sayyed Nasrallah indicated that the enemies have bet on oblivion to eradicate the Palestinian, stressing that the axis of resistance prioritizes Al-Quds and suggesting that it must be called the “axis of Al-Quds”.

Sayyed Nasrallah underscored that all the Ummah must be concerned with the Palestinian cause, adding that Hezbollah will remain assuming its responsibilities in this regard.

For the sake of Al-Quds, powerful armies are being established, Sayyed Nasrallah said, adding that Gaza resistance is mighty sword defending Al-Quds.

Sayyed Nasrallah highlighted the epic operations launched by the Palestinian resistance against the Israelis, noting that they confirm their commitment to the full liberation of occupied Palestine.

Hezbollah Secretary General maintained that the economic sanctions imposed on Lebanon and a number of other countries aim at obliging the resistance forces to abandon the Palestinian cause, adding that steadfastness in face of the economic war is a basic part of the battle.

Sayyed Nasrallah stressed that the battle with the Zionist enemy will lead to an imminent victory, vowing again to pray at Al-Aqsa Mosque. “Today, we’re standing on the verge of great and final victory,” his eminence said, declaring that the resistance axis is prepared to make whatever sacrifices that are necessary to realize the prospect.

In turn, Hamas Chief Ismail Haniyeh indicated that the normalization deals and the Russian-Ukrainian war have enabled the Zionist entity to escalate its aggression on Al-Aqsa Mosque, vowing to defend the Holy Shrine and prevent the enemy carrying out its judaization scheme. The occupying regime began normalizing its relations with some regional states to “legitimize its existence and its designs for destruction of the Palestinian cause,” Haniyeh said. “However, all of the regime’s efforts at harnessing the Palestinian nation have been faced with defeat,” he said, adding, “Our nation does not brook distortion of the al-Aqsa Mosque’s identity and the historical facts that pertain to it.”

Head of Yemen’s Ansarullah Movement Sayyed Abdul Malik Badreddine Al-Houthi reiterated his commitment to Al-Quds formula as announced by Sayyed Nasrallah, devoting all the Yemeni capabilities to reach this target. “The Palestinian nation is part of the Muslim Nation and this nation should not ignore it,” he said.

Bahrain’s most prominent Muslim figure Sheikh Issa Qassim said the al-Aqsa Mosque and al-Quds had been afflicted with the most dangerous and savage instance of Zionist animosity, which translates into “the biggest threat to the mosque’s “holiness and divine status.” His eminence said the entire Muslim community should denounce and stop the trend of compromise with the regime, referring to some regional regimes’ United States-aided normalization with Tel Aviv.

For his part, Hadi al-Ameri, the head of the Fatah Alliance in Iraq’s parliament, said “Palestine’s occupation is an atrocity that should be stopped,” describing al-Quds’ situation as a “deep wound afflicted to the international Muslim Ummah (Nation)’s heart.” He urged the world’s Muslim community to “mobilize all of its might and force” in support of Palestine during the International Quds Day.

It is worth noting that a number of resistance commanders and figures committed to the Palestinian cause also addressed the event that underlines the unity of the axis of resistance in face of the Zionist enemy. 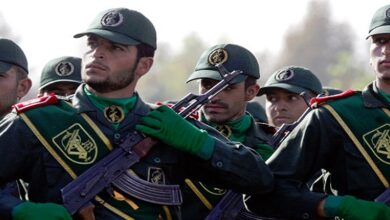 How Hezbollah Responded to Israeli Attacks? 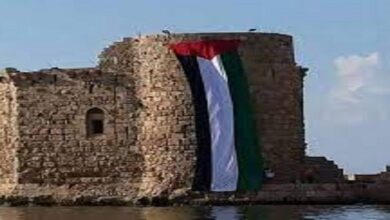 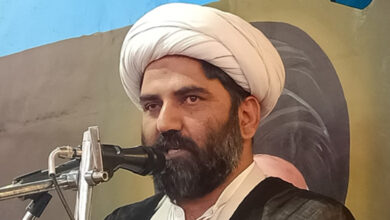