Shiite News: Point scoring on Local Government bill is not wise, all parties should come up for the betterment of city, province, and the country rather quarrelling each other. PPP is ready to hear reservation of all stakeholders but it will accept restoration of local government system of Former Dictator Pervez Musharaf’s time. Such issues could be discussed in Assembly along with valuable proposals. These views were expressed by the leaders of PPP and MWM Sindh during joint press conference at MWM Sindh Secretariat at Soldier Bazar Karachi.

On this occasion, PPP minister Saeed Ghani said that we have amended the local Government Act 2013 to facilitate the public but Act of 2001 of a dictators era cannot be implemented. He also expressed thanks to MWM on inviting for a joint press conference. He also excused for not attending APC held by MWM, while he received minutes of the said ACP and assured to consider suggestion given in it.

The leader of MWM, Ali Hussain Naqvi said that a few weeks ago we held an APC under the title of “Build Karachi, Build Pakistan” which objective was to expose financial manipulations made by the federal Government. He added that poverty is leading people to embrace suicides. Prices of medicines have been rised UpTo 500 percents while Central Government is taking credit of increment of wages up to 1600 $. He further said that we were already looking sincerity in PPP’s New Local Government System for Sindh and furthermore, the delegation came here has also assured us to reconsider the bill for the betterment. We also urged our PPP friend to here reservations of Jamat Islamic to find a better solution but the Act of a dictator’s era cannot be favored at all. 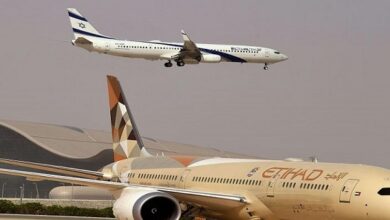 Saudi Arabia refuses to allow Israeli flight to use airspace