The prime minister of Yemen’s National Salvation Government says it might not extend a United Nations-sponsored ceasefire in the war-torn country as it has failed to bring much-needed breathing room for civilians.

Abdulaziz bin Habtoor stated on Sunday that the Supreme Political Council and the Sana’a-based government should look into tangible achievements of the extension of the truce in the past few months before making any decisions to further extend it.

He underlined that most of the estimated 1.2 million Yemeni civil servants have received little to no salaries and that Sana’a International Airport remains closed to commercial flights.

The resolution of these two issues will definitely pave the ground for the UN-backed truce to be extended once again, Habtoor said.

A truce between Yemen’s popular Ansarullah resistance movement and the ousted Saudi-backed government which is currently based in Aden was agreed upon in early April. The initial two-month truce was extended for another two months on June 2.

But there are still no signs of a breakthrough in UN-backed talks between the warring parties.

Moreover, Mahdi al-Mashat, the head of Yemen’s Supreme Political Council, has underscored the necessity for the Saudi-led coalition to stop the war and siege on the impoverished Yemeni nation.

During a meeting with a visiting Omani delegation in the capital Sana’a on Sunday, Mashat emphasized the importance of a durable peace agreement that would guarantee the sovereignty and independence of the Yemeni people.

The senior Yemeni official said that the truce extension should lead to tangible results in the economic and human conditions of the Yemeni nation, including the payment of salaries to all civil servants and pensioners.

He went on to note that the Yemeni people are calling for an urgent end to the Saudi-led aggression, removal of the crippling siege against the crisis-hit country, implementation of the provisions contained in the UN-backed ceasefire like the normal operation of Sana’a airport, the reopening of Hudaydah port and the payment of employees’ salaries.

Mashat stressed that an optimal solution to these issues will play an important role in alleviating people’s suffering and will create a positive atmosphere for achieving peace.

The head of the Yemeni Supreme Political Council also emphasized the importance of confidence-building measures that the Saudi-led coalition should take, saying the alliance’s insistence on the siege against Yemen amounts to a war crime and crime against humanity and runs counter to the requirements for the establishment of peace.

Additionally, a Yemeni military official, speaking on condition of anonymity, said the Saudi-led coalition refuses to fully commit to the terms of a truce that has been brokered by the United Nations.

The official said the Saudi-led coalition forces and their allied militants have violated the UN-brokered ceasefire at least 160 times during the past 24 hours.

He said the violations included 36 flights of armed Saudi-led reconnaissance aircraft in the skies of the provinces of Ma’rib, Ta’izz, Hajjah, al-Jawf, Sa’ada, Dhale, Hudaydah as well as border areas. 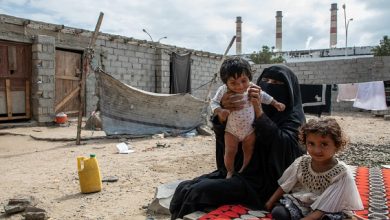 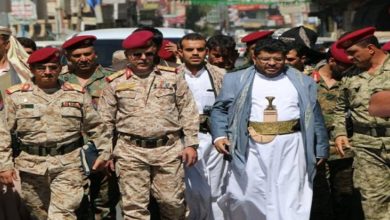 We are independent in our decisions, we are not subordinate to anyone: Houthis