In exchange, 60 people affiliated with the Houthi Ansarullah movement were also released, according to Arabic-language al-Masirah television network.

Yemen’s third city of Ta’izz is a volatile front line and has been frequently hit by Saudi airstrikes in recent years.

The head of Yemen’s National Committee for Prisoners Affairs (NCPA), Abdulqader al-Mortada, has recently blamed Saudi Arabia and the United Arab Emirates for obstructing prisoner swaps under an agreement reached during UN-sponsored peace negotiations in Sweden last year, arguing that Riyadh is insisting on the release of Saudi troopers only.

The head of the Houthi-affiliated NCPA further highlighted that the fate of an estimated 15,000 people from both Saudi-backed militia forces and the Houthis remains unclear, stating that they are believed to either have gone missing in action or been kept as prisoners.

Ansarullah delegates and Hadi loyalists held peace negotiations in Rimbo, north of the Swedish capital city of Stockholm, in December 2018. The talks resulted in the announcement of a breakthrough agreement.

Riyadh has reportedly been holding informal talks with the Houthis since late September about a wider ceasefire as it seeks to exit an unpopular war after its main coalition partner the United Arab Emirates withdrew troops earlier this year.

Saudi Arabia and a number of its regional allies launched a devastating campaign against Yemen in March 2015, with the goal of bringing the government of Hadi back to power and crushing the Ansarullah movement.

The US-based Armed Conflict Location and Event Data Project (ACLED), a nonprofit conflict-research organization, estimates that the war has claimed more than 100,000 lives over the past four and a half years. 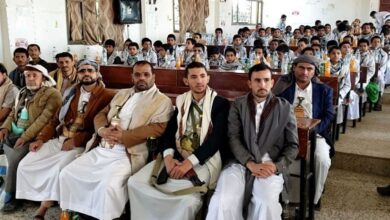 A Ceremony Honoring 80 Of The Martyr’s Sons In Saada 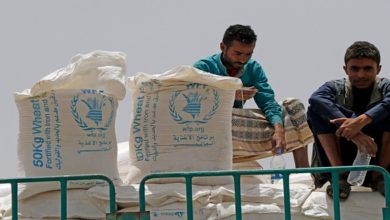 Red Cross: Eight out of 10 Yemenis Live on Aid