A group of retired military and police officers in Malaysia have censured the Southeast Asian country’s reported complicity in the Saudi-led military campaign against Yemen.

The National Patriot Association (NPA) president Mohamed Arshad Raji said in a statement on Tuesday that based on a recent report by Qatar-based broadcaster Al Jazeera, Malaysian military personnel have joined the Saudi-led coalition.

“If the Al Jazeera news report is true, then NPA wants to register its strongest protest against the participation of the armed forces in the Saudi-led coalition forces and the involvement of our military personnel in this Middle Eastern conflict,” Arshad said.

Back in January, a United Nations panel of experts said Malaysian officers were among those working at the coalition’s Riyadh headquarters, warning that the Saudi-led attacks on Yemen “may amount to war crimes.”

Defense Minister Datuk Seri Hishammuddin Hussein said the Malaysian troops were present in Saudi Arabia not for fighting against Yemen’s Houthi Ansarullah fighters, but rather gaining experience, specifically on the evacuation mission and disaster relief.

“Saudi Arabia leadership gave our armed forces some lessons,” he said, adding, “I don’t think that is a problem. Our policy to stay within Saudi Arabian borders has not changed.”

Elsewhere in his remarks, Arshad challenged the authority under which the Malaysian government had deployed armed forces abroad in general, and more specifically to assist the Saudis in the war on Yemen.

Arshad further stressed that “it is unwise for the Malaysian armed forces to be involved in the conflict between Saudi Arabia and Yemen, which has unnecessarily put our military personnel in harm’s way.”

Since March 2015, Saudi Arabia has been incessantly pounding Yemen in an attempt to crush the Houthi Ansarullah movement and reinstate former Riyadh-friendly regime, but the kingdom has achieved neither of its goals.

The protracted Saudi war, which has been accompanied by a land, naval, and aerial blockade of Yemen, has so far killed over 12,000 people.

Over 17 million Yemenis are also in need of food as a result of the war and blockade, which have also caused a cholera epidemic. 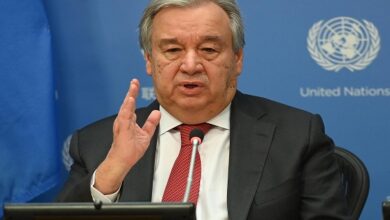