Isa Muhammad al-Amin said that the Nigerian army did not intend to only attack the Shi’a in Zaria but they wanted to eradicate the Islamic Movement of Nigeria. They were not prepared to allow this movement to continue to exist. They are actively seeking to kill Shaykh Zakzaky, his family and his followers.

In an exclusive interview with Rasa News Agency, Isa Muhammad al-Amin, the head of the Martyrs’ Institute of the Islamic Movement of Nigeria, said that the assault which occurred in the northern Nigerian city of Zaria on December 12, 2015, wherein a large number of Shi’a Muslims were wounded or killed, was a continuation of the al-Quds Day massacre which occurred on July 25, 2014, where three of Shaykh Ibrahim Zakzaky’s sons along with forty members of the Shi’a community of Nigeria were killed.

In this incident, Shaykh Zakzaky, the head of the Islamic Movement of Nigeria, was wounded and subsequently imprisoned in this assault and al-Amin stressed that that there is no doubt that the Nigerian authorities were terrified of the expansion and strengthening the Islamic Movement and wanted to stop the spread of Shi’ism in Nigeria by all means.

“The Nigerian military had planned many times how they could target Shaykh Zakzaky on the route from his home to the husayniyah and this important step was not possible for them but they finally implemented their plan. It should be noted that this was not a random incident but a think-tank conducted it,” he said.

al-Amin said another important point is that the Nigerian army did not intend to only attack Shi’as but they wanted to eradicate the entire Islamic Movement of Nigeria. “They were not prepared to allow this movement to continue to exist. They are actively seeking to kill Shaykh Zakzaky, his family and his followers. They did not want to arrest Shaykh Zakzaky but their sole purpose was to kill him. They did not even have mercy on those who had gathered around the house of the Shaykh and the husayniyah,” he explained.

The member of the Islamic Movement of Nigeria added that Nigerians from all religious groups have expressed their solidarity with Shaykh Zakzaky and many Christians use every opportunity to support him and insist that he should be released. They also have a good relationship with the Shi’a religious figures in the country.

In regard to Salafists and supporters of Boko Haram, al-Amin emphasized that the Nigerian military cooperates closely with Saudi Arabia and the origins of the Zaria assault originated from Saudi Arabia’s action and said, “The Nigerian military now takes its orders directly from Saudi Arabia and we have witnessed that the assault on Shaykh Zakzaky is part of this issue. Nigerian Wahhabis, who are Saudi mercenaries, are very happy over these events and have a feeling of victory.”

The close associate of Shaykh Zakzaky said that this incident greatly increased the gravitation toward Shi’ism in Nigeria. The Nigerian people felt the oppression of S

haykh Zakzaky and his companions with all their being and strongly sympathized with them and thus, the Shi’as of Nigeria began a new chapter of gravitation toward Shi’ism. They made it clear that they do not agree with the continued imprisonment of Shaykh Zakzaky and want their government to release him quickly. 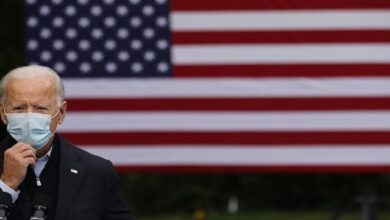