“The Kaduna State Government on Thursday asked a Kaduna High Court to sentence 50 Shiite members to death for allegedly causing the death of a soldier. The government had filed a five-count charge against the accused before Justice David Wyom. It accused them of criminal conspiracy, unlawful assembly, culpable homicide, disturbance of public peace and wrongful restrain. In the petition, the counsel to the government, Bayero Diri, said the offences are punishable under Sections 97, 221, 102, 106 and 225 of the Penal Code Law, Laws of Kaduna State 1991.”

If we can remember a Magistrate Court that sat in Kaduna Central Prison on 10th February, 2016 read out some charges against the 191 members of the #IMN that were languishing in jail for more than two months then. Among the charges were illegal assembly, causing bodily harm, public disturbances and possession of firearms. They were not charged with “culpable homicide” of killing a Nigerian soldier. The question is why were they not charged then with killing a soldier since “culpable homicide” is the most serious offense among all the charges?

The answers to all these questions raised lies in the fact that when the Nigerian Army Chief Buratai made his presentation to the Nigerian Human Rights Commission (NHRC) in February, the soldier “Yakubu Dankaduna” was not dead but alive and he was not killed by Shiites. And this is the same reason why the Kaduna state government and Governor Elrufai did not charged the 191 members of IMN on 10th February, 2016 with “culpable homicide”.

This new form of monumental fraud of fraudulently charging 50 Shiites with the killing of a manufactured “dead” soldier underlined the extreme wickedness and evilness of Governor Elrufai and the Northern Nigerian civilian-military cabal that masterminded and brutally executed the inhuman Zaria massacre. These people are no more less devils than the murderous #BokoHaram thugs they claimed to be fighting. It is the same mentality and the same mindset, this is the clear manifestation of the contamination of Sunni Islam by #Wahabism that removes love, compassion, mercy and tolerance from the heart of #Muslims and replace them with hate, intolerance, bigotry and terrorism.

Finally, all this diversionary tactics of Governor Elrufai and his fellow bloodthirsty war criminals will never save them from their eventual humiliation and prosecution for the brutal murder of close to 1000 defenseless and unarmed Nigerians in Zaria last December. What they committed was undoubtedly a war crime and the most recent report by the London – based International human rights organization, Amnesty International, titled “Unearthing The Truth” collaborated the position of IMN that the Nigerian regime unleashed heavily – armed soldiers on a civilian population. 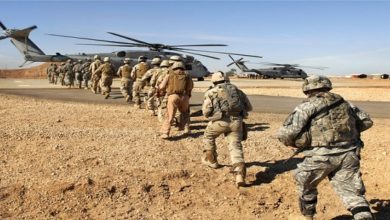