Gunmen stormed a mosque in Nigeria’s restive northwestern state of Katsina on Saturday and abducted 19 Muslim worshippers while they were offering evening prayers, reports said.

The incident took place in Maigamji village when armed bandits abducted 19 of the 44 Muslim worshippers inside their mosque after shooting and wounding the prayer leader and one of the worshippers, local police officials said on Sunday.

“The terrorists stormed the Mosque at Maigamji while the people were observing Issahi. They shot and injured the imam and one other person. Those people are currently responding to treatment in a hospital,” according to Punch newspaper, citing police spokesman Gambo Isah.

“The terrorists also abducted some worshippers that night, but a combined team of the police and vigilantes rescued two of the victims that night. Security operatives also rescued four other victims on Sunday, making a total of six victims who were rescued,” Isah added.

He further said that efforts are underway to free the remaining 13 people, while two wounded worshippers are being treated at a hospital.

Northwest and central Nigeria have reported a spate of terrorist attacks in recent years by criminal gangs locally known as bandits, who raid villages stealing cattle, kidnap for ransom and burn homes after looting supplies.

The gangs also demand villagers pay protection fees to be allowed to farm and harvest their crops.

Hostages are usually released after a ransom is paid to the gangs. They take refuge in the vast Rugu Forest, which straddles four states in northwest Nigeria, including Katsina.

Last month, 15 people were killed and several others wounded in a series of bandit attacks on villages in neighboring Kaduna state, the authorities said.

More than 30,000 people have been killed in over a decade of terrorism in Nigeria instigated by the Takfiri terrorist group Boko Haram. The reign of terror has spilled over into neighboring Chad, Niger, and Cameroon and has forced more than two million people to flee their homes.

Nigerian President Muhammadu Buhari has been under intense pressure to end the violence before he leaves office next year at the end of his eight-year tenure in office.

There is growing concern over an alliance in the northeast between the bandits and terrorists waging a 12-year insurgency against the government. 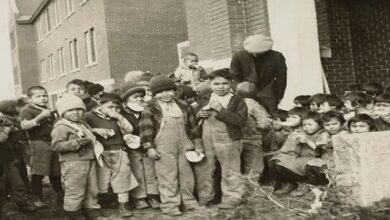 Hundreds of bodies found near another former residential school in Canada

UK Interested in Joint Work with Russia on Syria 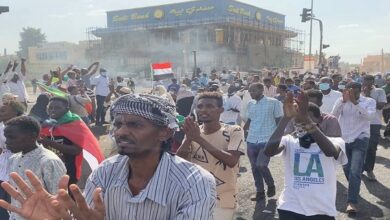